Trying to Predict a Brick and Mortar 2020 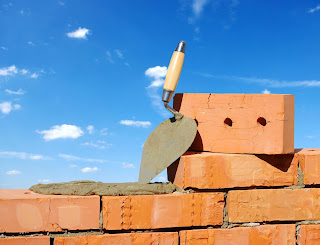 It was a very challenging 2019 for brick and mortar retailers. You’ve probably all read about the record-setting year for store closings: more than 9,300 units closed in 2019, which trumped the previous record of approximately 8,000 stores in 2017. So what should the retail industry expect as we move into the new calendar year?

So far holiday sales are looking a bit lackluster. While NPD Group is estimating sales gains of 3.4% between early November and late December, it is alarming to note that online sales again carried the day, picking up approximately 19% versus last year. At best we can say that brick and mortar sales likely finished the season with a relatively flat performance.

Of even more concern was the heavy discounting that occurred at physical stores during the holidays in an effort to compete with online pricing. As recently noted in Retail Dive, MKM Partners Managing Director Roxanne Meyer stated that the 2019 holiday sales season may have been the “most promotional holiday since the recession.” She went on to indicate that retailers never let up on the promotional activity once the Black Friday/Cyber Monday weekend passed, which was not the case last year, suggesting that the shorter holiday season put pressure on retailers to drive merchandise out the door. 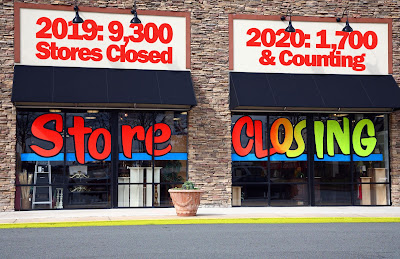 Moody’s analysts warned in December that six fewer selling days between Thanksgiving and Christmas could “exacerbate the promotional environment” for the period, according to the Retail Dive article. Had retailers produced solid sales gains during the last two months, the heavy promotional activity may not have been a concern. But discounted prices will be cutting into sales margins, and that’s where the trouble may lie

Holiday sales were recently reported for several department store firms and none were particularly favorable. At JCPenney, comparable sales for stores open at least a full year were down 7.5% during the nine-week period that ended the first week of January. Kohl’s sales slipped 0.2% among comparable stores for a similar time frame, while Macy’s experienced a 0.6% decline. Accentuating the weakness is the fact that online sales are generally included in comp store sales figures.

Similarly, mall-based retailers also had a tough go of it during the holiday season. L Brands comp sales fell 3.0%, while Urban Outfitters dropped 1.0%. One of the latest retailers to report holiday sales was Target, which had been experiencing a very strong year through the third quarter. However, Target’s comp sales during the holidays finished with a surprisingly meager 1.4% gain versus last year’s rather robust 5.7% increase.

These uninspiring sales performances set the stage for what could be another taxing year for most brick and mortar retailers (Costco was able to buck the trend, finishing the month of December with a healthy 10.5% increase from the same month a year ago).The widespread emphasis on promotional activity to combat pricing pressure from online retailers during the holiday season will very likely result in modest earnings results, as well as losses, for the year-end quarter and lead to additional store closings. At least 1,700 store closings are already confirmed and we aren’t even through the first month of the year. Retailers we know for sure are already affected are Pier 1 Imports, Sears and Kmart, Forever 21, Gap, Chico’s, and A.C. Moore. Others to follow include Destination Maternity, Olympia Sports, Bed Bath & Beyond, and Walgreens.  All of these retailers have been left behind in the race to effectively compete with Amazon and the entire online sales juggernaut, and are now paying the price. And who don’t we know about yet? 9,300 store closings in 2019? You know what they say: “Records are made to be broken.”

Posted by KeyPoint Partners at 12:02 PM