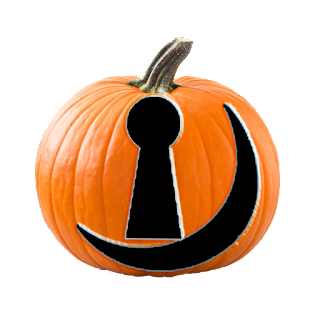 Well, there you go, a bit of a bright spot in the midst of continuing upheaval in the retail world (and, you know, the regular world): even though they’re searching for ideas online, Halloween shoppers still plan to visit actual stores for their costumes, candy, and party purchases, at least according to the National Retail Federation’s Halloween Data Center.

Which actual stores? According to the NRF, to buy Halloween merchandise, 42 percent of shoppers will go to a discount store, 36 percent to a specialty Halloween or costume store, 25 percent to a grocery store, and 23 percent will visit a department store. 25 percent will purchase online.
Although average individual Halloween shopper spending won’t quite reach last year’s record level, it will still add up to a healthy $8.8 billion in total Halloween spending. According to the NRF (based on a survey of 7,419 consumers was conducted in early September):

Total Halloween spending will reach $8.8 billion, down slightly from $9 billion last year and  the third-highest in the survey’s history, after the record $9.1 billion set in 2017.
Shoppers will spend an average $86.27 each, down just slightly from last year’s record $86.79.
172 million people plan to celebrate Halloween, 68 percent of those surveyed, down from 175 million last year.
Online search remains the top source of Halloween ideas, cited by 35 percent of consumers surveyed, followed by browsing in stores at 28 percent, and ideas from friends/family at 20 percent. Shoppers will spend $3.2 billion on costumes (purchased by 67 percent of Halloween shoppers), $2.6 billion on candy (95 percent), $2.7 billion on decorations (72 percent) and $390 million on greeting cards (34 percent).

Speaking of costumes, a warning for those of you who suffer from Coulrophobia (look it up): the most-searched costume this year, and therefore likely to be the most-worn, according to Google: Pennywise, the frightening clown from It. 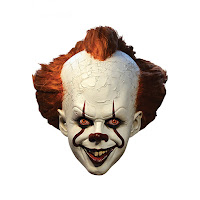 And on the subject of fear, the NRF notes that “the ongoing trade war with China is causing uncertainty among American consumers, and 14 percent of those surveyed said their concerns about the economy would impact their Halloween plans. However, most Halloween merchandise was in the country before 15 percent tariffs on consumer goods took effect September 1.

There you have it – a reasonably positive Halloween forecast for retailers. Not only that, but looking ahead, the NRF forecasts that 2019 holiday sales will grow between 3.8 and 4.2 percent. Here’s hoping.

By the way, 2019, according to the National Garden Bureau, is the Year of the Pumpkin, of which American farmers produce between 1 and 2 billion pounds annually. Happy Halloween!