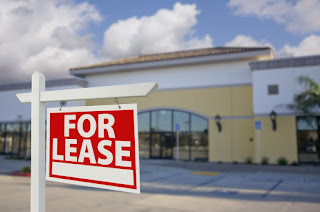 Only a year ago it seemed that the worst was behind us, with retail store closings down dramatically: according to tracking by Coresight Research, there were 5,524 store closings in 2018, down 30% from an all-time high of 8,139 in 2017. Well, records are made to be broken and 2019 will be the year it happens. Coresight reports that 7,062 stores have been closed by U.S. retailers so far this year, and if this pace continues, the research firm projects more than 12,000 store closings by year end, blowing away the 2017 high.

These numbers are offset somewhat by store openings also reported by Coresight. Last year 3,258 stores opened - but that figure still reflects an incremental loss of 2,266 units. This year Coresight indicates that 3,019 stores have opened, so it appears that store openings should be significantly higher at the end of 2019 than in the prior year. Based on these figures, however, the gap between openings and closings will grow immensely.

Nevertheless, there are regions of the country that are doing much better than others. New retail development is announced regularly in many of the major metros in parts of the West Coast and Sunbelt states, particularly California, Texas, and Florida. All these areas benefit from significant population growth and economic development, resulting in higher retail demand. These states generally are in better shape than some Rust Belt states and a few states in the Deep South that have been held back by stagnant economies.

So how are we doing here in the Northeast? As most of our readers know, KeyPoint Partners tracks retail changes in the marketplace and reports on these changes by utilizing our robust, proprietary retail database known as GRIID™, which maintains detailed information on virtually all retail properties in three key regions: Eastern Massachusetts/Greater Boston, Southern New Hampshire and Greater Hartford, Connecticut, which includes approximately 44% of all retail space in New England. GRIID™ has information on nearly 262 million square feet of retail space and nearly 60,000 retail establishments.

For this article, we thought it would be interesting to go back in time for a long-term look at Eastern Massachusetts in order to evaluate the annual change in retail inventory and vacancy throughout the region. We reviewed annual levels as far back as 2003; here’s what we found:

For starters, while retail square footage in the region continues its gradual climb, increasing about 15% since 2003, the change in the number of stores has been nominal. In 2003 the store count was approximately 46,000 units; today it is marginally higher at 46,700. We’ve seen the average store size increase, however, from approximately 3,700 square feet to 4,200 square feet.

With regard to vacancy, the square footage of unoccupied space has increased 71% since 2003 while the number of vacancies has more than doubled. In 2003, only 5.7% of all storefronts were vacant. That number has risen to 12.8% today. The percentage began to spike in 2005, hitting double-digit percentages in 2011 when 11.8% of all stores were vacant. It has remained in double-digits ever since. Within the same time frame, the size of the average vacancy has decreased significantly from 4,100 square feet to 3,100 square feet, suggesting that small tenants have been the most vulnerable during this time frame. The table below illustrates these changes during the 2003-2019 period:
Currently, the vacancy rate in the region stands at 9.4%. Only once since the onset of the Great Recession in December 2007 has the annual vacancy rate gone below 8.5%, in 2013. Prior to the recession, mid-single digit vacancy rates were the norm. Unfortunately the recession coincided with the retail industry undergoing a considerable shift by consumers away from brick-and-mortar retail purchases and toward online shopping. According to Internet Retailer, ecommerce represented 5.1% of total retail purchases in 2007. That figure had nearly tripled to 14.3% in 2018.

If we ever see vacancy rates drop back to 2003 levels, it will have to be a gradual process of converting unoccupied space to non-retail use or mixed-use in conjunction with the currently diminutive pace of new development. In the meantime, however, at least in this region, we’re experiencing the new norm.

Posted by KeyPoint Partners at 1:13 PM