Where to Locate Your Next Store 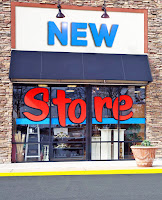 So you want to know where to locate your next store?

When it comes to evaluating retail markets and determining which site has the highest potential, there are a number of factors to consider. There’s no question that physical site characteristics such as venue, tenant mix, accessibility, and visibility are important variables in the decision making process. However the utmost consideration should be given to demographics and competition.

All retailers aren’t necessarily looking for the same demographic profile, since merchandise mix and price points tend to dictate which shopper segment will represent the core customer profile for a particular store. The population level surely plays a role in site selection – after all, when it comes to retail customers, the more the merrier!  And retail price points dictate which income segment of the market a particular retailer will target - luxury goods will attract the more affluent shoppers while value oriented goods will draw a more price-sensitive clientele. But demographics won’t matter if the market is saturated with direct competition, leaving little room to capture available expenditures. At the same time, if the competition level is fragmented and thin, retailers may find that they can lower the bar a bit on demographic criteria, trusting that they’ll be able to attain a strong share of market.

As an example, and using these points as a backdrop, we took a look at the ten submarkets in our proprietary GRIIDTM database that make up the Eastern Massachusetts region in order to determine which submarkets might offer the greatest potential based on total household income and total retail inventory. Within the region as a whole, the total household income is estimated at $253.5 billion while the total retail inventory is currently 197.0 million square feet. That’s to say, for every square foot of retail space in the region there is an estimated $1,287 in household income to support it. Assigning a relative index of 1.00 to this regional level, we compared the individual submarkets to gauge which appear to offer the greatest chance for successful new store opportunities (as shown in the table below - CLICK to enlarge).

If you haven’t been considering the Inner Suburbs of the Boston metro for new store locations, maybe you should.  Encompassing such communities as Cambridge, Belmont, Somerville, Medford, and Watertown, the Inner Suburbs submarket is the most populated, has the second highest aggregate income, the lowest vacancy rate, and is tied for the lowest square feet per capita, despite the fact that the median household income is slightly below the regional average. As a result, this submarket has a relative index of 1.30, or $1,671 of income per square foot of retail space, the highest in the region. If we equate income to retail expenditures, then the sales potential for all retail categories is 30% higher, on average, than the regional level.

Closely behind the Inner Suburbs is another strong submarket worth considering: the North, which is comprised of towns such as Andover, Winchester, North Reading, and Wilmington. The relative index here is 1.27. Median household income is 9% above that for the entire region while retail SF/capita is tied for lowest in the region with Inner Suburbs and City of Boston. Also high on the list is the West submarket with a 1.20 index. This submarket includes the affluent towns of Weston, Sherborn, Newton, Needham, and Sudbury. Also including Natick and Framingham, it is not surprising that this submarket has the most retail space within the region. With households earning 20% more per square foot of retail space, the West is also the highest income submarket, with median household income running 34% above the regional estimate.

There are also some sectors of the region that you may want to think twice about before making a commitment to retail expansion in the area. The Buzzards Bay submarket, for instance, has a relative index of 0.60, equating to an income per square foot level of only $777. Including the cities of New Bedford and Fall River, this submarket has a median household income of $57,700, 36% below the median level in the region. The vacancy rate is also the highest in the region at 12.6%. The South is another submarket where you may want to exercise caution when developing a location strategy. This submarket only has a 0.65 relative index. The vacancy rate is 11.4%, just behind that in Buzzards Bay. The South also has the second highest retail density in Eastern Massachusetts, currently sitting at 45.9 square feet per capita. 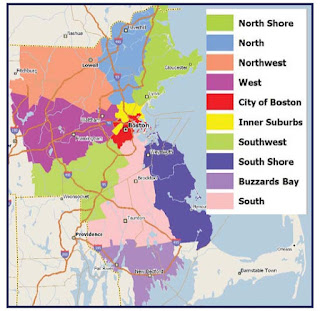 We don’t want to leave you with the impression that this analysis is an end-all when it comes to site location research. Within submarkets there will be higher income pockets as well as more modest income neighborhoods. There will be high population concentrations as well as areas lacking density. Within the best submarkets there will be bad locations and, conversely, for the right retailer there may be excellent opportunities even when market characteristics suggest otherwise. What we are hoping for is that it may offer a little bit of insight when you start your search for that next expansion opportunity in Eastern Massachusetts.

And when you do, please let us know how we can help with the process.