Just How Apocalyptic Is It? 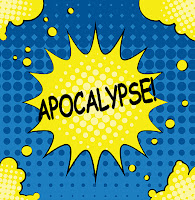 If you haven’t read a story - make that ten stories - about the retail apocalypse by now, then possibly you’ve been living under a rock. The “thrashing” of brick-and-mortar retailers by online sellers over the past decade has taken a toll on shopping centers throughout the country, including our home region: retail vacancy in Eastern Massachusetts during that period quickly climbed from the mid-single digits to double digits and has been hovering around the 10% mark for the past few years. However, while the fallout is far from over, there are signs that the worst may be behind us.

To help put the current retail environment into perspective, we used our proprietary GRIID™ retail database to analyze the vacancy patterns of 270 shopping centers in Eastern Massachusetts. For this purpose, we’ve defined “shopping centers” as retail properties having at least 100,000 square feet of retail space, with three tenants or more. We divided these into three size classifications, 100,000 to 249,999 square feet: 250,000 to 499,999 square feet: and 500,000+ square feet. We then further divided those classifications by vacancy rate: centers with 10% vacancy or more, and those with vacancy under 10%. These results offer some insight into the so-called “apocalypse.”

Overall, the regional vacancy rate is currently 10%. The 500,000+ SF size class is 12% vacant, with 18 out of the 32 properties in this segment represented by regional enclosed malls - which adds a definite downside bias to this subgroup. Vacancy in the other two size categories is significantly lower, with both currently standing at 9%. The good news: 199 of the 270 centers (74% the regional total) have vacancy rates under 10%. The 500,000 SF and above segment has the highest at 5%, which includes 11 regional enclosed malls. The 100,000-249,999 SF classification was the lowest at only 3%. So the better news is that the average vacancy rate of all 199 centers is only 4%.

The remaining 71 shopping centers (26% of the regional total) have vacancy rates above 10%.  The average vacancy rate of these centers is 27% and all three size classifications are well above the 20% level. The smallest segment, those centers between 100,000 SF and 249,999 SF, has the highest vacancy rate at 29%, followed by the 500,000 SF and above segment, which encompasses nine shopping centers including seven regional enclosed malls, is 26% vacant. Those centers in the middle range are 23% vacant.

Focusing on shopping centers with 10% of vacancy or more, we dug into the reasons behind the high rates, starting with the large 500,000 SF+ segment. Vacant department stores are the underlying reason for high vacancy among this property group. Six of the nine centers are being impacted by a vacant Sears box.  Macy’s is vacant at two locations. Other vacant department stores among these nine centers include JCPenney and Apex. Vacant Toys R Us stores and  a vacant Babies R Us store affect three shopping centers in this group.

Shifting to the mid-range segment, large format vacancies affecting these shopping centers are somewhat fragmented and include some of the usual suspects: a former Kmart, two Sports Authority boxes, a former Babies R Us, and a vacant Sam’s Club (which no longer operates anywhere in Eastern Massachusetts). Others include an Office Max space, a vacant iParty store, and a vacant Stein Mart store.

The 100,000-249,999 SF shopping centers are of the size that often includes a supermarket anchor. Out of the 49 centers in this category showing more than 10% vacancy, only five are impacted by a supermarket closing: four vacant Shaw’s units and one Stop & Shop vacancy. Three vacant Kmart stores are part of the fallout here as well. Four empty Rite Aid stores as well as vacant TJMaxx, HomeGoods, and Marshalls boxes impact these vacancy rates.

The point that needs to be stressed here is that 199 of the 270 shopping centers analyzed here - 74% - are only 4% vacant. In most circles that’s considered fully occupied.  Put another way: most centers are doing fine. The other 71 shopping centers have mainly been victims of recent or soon-to-be retail liquidations (looking at you, Sears and Kmart) which, it could be argued, are attributable as much to natural retail evolution as to any internet-driven sunami.

So I guess the answer to the question we asked above is… well, you decide!

Posted by KeyPoint Partners at 1:33 PM