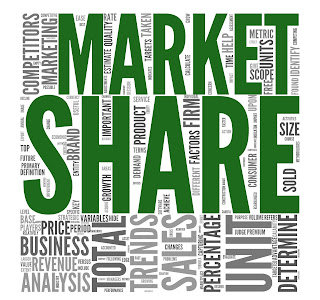 Forget the profits; it’s all about market share right now for the big boys of retail!

Based on a number of revised pricing strategies coming out of executive offices lately, it appears that some of the more venerable brick-and-mortar retailers are deemphasizing profits right now in order to preserve, and possibly steal, a bigger share of the market.

With very few exceptions, shoppers are attracted by lower prices. Sure, shoppers appreciate good service, selection, and presentation of merchandise, but as they say, in the end, everyone likes a bargain. If retailers are going to compete effectively, low prices are going to be integral - and some of the big guys are taking dramatic action.

For example, a recent report from Reuters indicates that Wal-Mart recently went on the offensive by running a new price-comparison test in at least 1,200 US stores, and squeezing packaged goods suppliers in a bid to close a pricing gap with German-based discount grocery chain Aldi and with U.S. rivals such as Kroger (not to mention Lidl, the other German-based discount grocer making its US entry later this year). For now, Wal-Mart has limited the testing to Midwestern and Southeastern states, but if it’s successful one can only assume that the strategy will go nationwide. To offset margin reductions Wal-Mart is pressuring vendors to cut costs as well, exhibiting leverage that no other competitor could match. This could take a substantial toll on the grocery industry, resulting in potentially significant store closings.

Target shoppers can expect lower prices as well. In addition to building smaller stores, offering more private labels, and remodeling stores, this formidable retail chain just announced that it will be lowering prices to attract more shoppers into its stores. Like Wal-Mart, Target has the leverage, clout, and scale to lower margins in order to win back market share. It will be spending $7 billion over a three-year period to accomplish this goal.

After hearing about the heating up of this inevitable price war, Dollar General was not about to stand pat. Following Wal-Mart’s announcement that it would move faster to lower prices, Dollar General rolled out price cuts on hundreds of items across 17% of its stores. These locations have performed better than the chain average ever since, according to Dollar General CEO Todd Vasos. 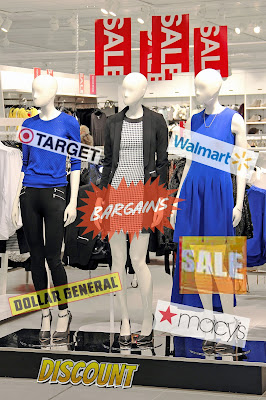 While Macy’s hasn’t been so direct in announcing lower prices, it recently outlined a number of price-oriented steps to help drive shopper traffic. First, it will roll out discounted sections in its stores to be called Last Act. These sections will include dated merchandise with clearly marked tags showing discounted pricing. Macy’s tested these areas in 10 of its stores last year and plans to open another 30 locations in 2017. Additionally, Macy’s is experiencing some of the success off-price retailers have recently enjoyed. As a result the company is bolstering Backstage, its own off-price unit, testing Backstage pop-up shops in about 45 of its stores. These will be located alongside the Last Act clearance sections.

Now that some of the retail big boys have started this price war, it will be interesting to see who else joins the fray. While many retailers are still trying to figure out how to do battle with Amazon, the added pressure of lowering margins in order to remain in the game will challenge the long-term viability of many retail chains of varying sizes.

One thing we do know: the larger the retailer, the better the chances of surviving such drastic measures. An example of this is Sears, which has been bleeding cash for years now, but has managed to stay afloat simply by virtue of its sheer size and sizeable real estate holdings.

In the end, however, when the dust has settled, it’s all going to be about market share. To put it more simply: it will be Survival of the Fittest.


Bob Sheehan, Vice President of Research
BSheehan@KeyPointPartners.com
Posted by KeyPoint Partners at 9:59 AM