Bits and Pieces for the Holidays - Revisited! 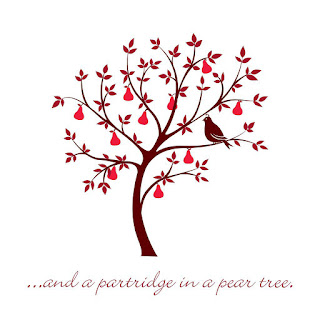 It’s been quite a while since our last “bits and pieces” article - 9 years to be exact.  That article included some not-so-random thoughts about then-current retail topics as we headed into the New Year. We decided to take another shot at it and follow the same Twelve Days (uh…thoughts) of Christmas theme from nearly a decade ago. So here we go…

On the first day of Christmas, my true love said to me:  Who in the world would buy groceries online before examining the goods first? I am now finding out the answer - many people. I thought Grocery would be the last category standing when it came to shopping online, but Ahold Delhaize just announced that it plans to double its e-commerce sales by 2020.

On the second day of Christmas, my true love asked me:  So what do you think? Will Sears be around a year from now? Probably so, based on the company’s sheer magnitude and its considerable real estate holdings. At the same, Sears recently announced its biggest loss in more than four years, and its 20th consecutive quarterly decline in sales.  Expect more store closings and possible brand sales in the coming year.

On the third day of Christmas, my true love asked me:  When is that acquisition going to occur between Walgreens and Rite Aid? Well, they have to find buyers for the excess stores first. With Kroger, Fred’s, and Albertsons as the latest possible purchasers mentioned, it could be getting close, with the merger coming to fruition in 2017.

On the fourth day of Christmas, my true love said to me:  As if Amazon hasn’t caused enough chaos within the retail industry, it’s now coming directly to the battlefield to face brick-and-mortar retailers. First we saw Amazon Books, and now Amazon Go. While Amazon recently denied a report of a 2,000 store expansion for Amazon Go, the success of the concept will likely determine what that number really is.

On the fifth day of Christmas, my true love asked me:  Would you rather shop online or in a store? Well, that depends on the purchase. You read many articles strongly indicating that shoppers prefer the physical store experience. After all, 90% of retail sales, give or take, are rung up through brick-and-mortar cash registers. But it has been over two years since online book sales surpassed brick-and-mortar. Nonetheless,  a recent report shows that physical stores remain the go-to location for cosmetic and grooming purchases. It seems as if there’s no single answer to this question.

On the sixth day of Christmas, my true love asked me:  What about Target’s small store strategy? Target announced last month that “hundreds” of small stores were planned. Dense, urban areas and college towns are Target’s focus for these small-format locations.  For years Target wouldn’t even think about opening a store concept in which its full assortment could not be offered. Times have certainly changed.

On the seventh day of Christmas, my true love said to me:  “Malls are becoming scary places!” I said, “You want to see scary? Come back in 10 years and I’ll show you scary.”

On the eighth day of Christmas, my true love said to me: So what’s the next big thing in retail development?  For sure everything has its day, as we’ve seen with lifestyle centers. While outlet centers, mixed-use, and urban retail are experiencing a renaissance of sorts, in due course the spigot will run dry with these venues as it has for others.  As far as the next big thing, an educated guess might be something focused on omnichannel retailing. Does anyone remember Service Merchandise and Best Products, catalog showrooms where the customer saw the item in-store, and then placed an order at the front desk?  Well, what if shoppers could touch and feel the merchandise before placing an online order, eliminating the guess work and possibly a big disappointment? Watch for it!

On the ninth day of Christmas, my true love asked me:  Can Barnes & Noble make a comeback with its new concept store? While it looks like a great presentation, it’s finally all about price: can you say Amazon?

On the tenth day of Christmas, my true love asked me:  Is Best Buy in the clear or in the eye of the hurricane? Just like B&N, it’s all about the price, baby!

On the eleventh day of Christmas, my true love asked me:  Are millennials having as much influence on retail as baby boomers did back in the 60s? It’s interesting that millennials, or echo boomers as some call them, are actually the children of boomers. And I would answer that question by saying yes, and then some.  Boomers influenced retail fashion in the age of bell bottoms and miniskirts. Millennials, now overtaking baby boomers as the largest generation in history, are definitely changing the way people shop and retailers sell.

On the twelfth day of Christmas, my true love asked me:  Are you headed out to the store, or looking for your laptop? I couldn’t make up my mind!

Happy Holidays, and best wishes for the New Year from all of us at KeyPoints!
Posted by KeyPoint Partners at 8:21 AM