Are You Buying What Best Buy Is Selling? 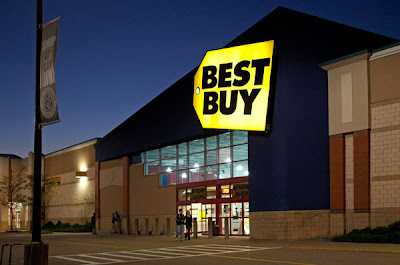 It was named “Specialty Retailer of the Decade” by Discount Store News in 2001, Company of the Year by Forbes in 2004, and as recently as 2006 was placed on the List of Most Admired Companies by Fortune. Now be honest: had the title of this article been a little more obscure, would you have guessed that Best Buy was the recipient of these honors?

Just a few years later, on March 8, 2009, following a bankruptcy filing and subsequent inability to find a buyer, Best Buy’s number one rival Circuit City closed all its stores, freeing up over $11 billion in appliance and electronics business. While some retailers were experiencing double digit sales declines between 2008 and 2010, Best Buy total revenue gained a dramatic 23.4%. Benefiting from the Circuit City liquidation, as well as its own acquisition of a 50% interest in Best Buy Europe, sales leaped from $39.9 billion to $49.7 billion. At that point it was believed by some that Best Buy had a monopoly on the electronics market. Euphoria, right?  But then Best Buy began to show definite cracks. What happened?

First of all, although Best Buy was a substantial beneficiary of those Circuit City sales dollars, it wasn’t the only one. Not only were internet retailers picking up business in this category, but Wal-Mart was gaining market share as well, expanding its electronics mix with more depth and breadth - and at higher price points. In the 24-months from the end of 2010 to the end of 2012, Best Buy revenue growth slowed to a modest 3.0% while comp store sales showed consecutive annual declines of 1.8% and 1.7%.

2013 started out no better. In March 2012, Best Buy announced that it would begin testing a prototype which was 20% smaller than stores it was currently operating, and would close 50 large format stores, including three in New England (Boston and Wareham MA, and Middletown RI). The following month, its CEO announced his abrupt resignation following an internal investigation into his “personal conduct.”  The bad news continued the following month as the chief marketing officer and chief financial officer of its international division departed. Then late last year, the head of BestBuy.com left the company, a short nine months after coming on board. Sounds like one mess after another.

However, in the midst of all this, Best Buy hired a new CEO, Hubert Joly, who was regarded as a turnaround expert, having done so with the likes of TGI Friday, Radisson Hotels, EDS, and others. Within 10 weeks, Joly announced his turnaround strategy: a multi-step plan to “Renew Blue.” Joly emphasized the need first to stabilize and then grow same-store sales and profit margins. The aim was to hit operating margins of 5-6%, which had recently been running about 2.1%. He acknowledged that Best Buy had a price perception issue, and instituted a price matching policy during the holiday season. He also discussed increasing revenue by attracting and developing “transformational leaders” to improve the customer experience both in-store and online by energizing and empowering employees to deliver “extraordinary results.”

So far Joly has been able to attract a few new key executives following the departures of several. Building on the apparent success of its holiday price-matching program, Best Buy announced that the program would go into effect permanently. This started earlier this month - and not a day too soon.

In the branded world of consumer electronics, price is the driving motivator. If Best Buy is going to compete, it has to be more than a showroom to the consumer. And with the particular hit it’s taken in electronic entertainment hardware and software sales, Best Buy needs to find ways to better allocate space toward its most profitable merchandise lines. 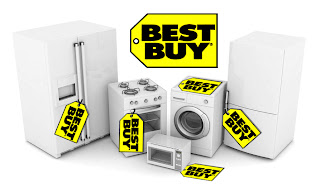 Joly responded recently by announcing that Best Buy would put more focus on appliances, a category that had been relegated to the back of the store as high tech took over. Joly wants appliances to have a front and center position now, a shrewd tactical move in light of the housing recovery and the potential demand that should ensue. The competitive environment in appliances is much more favorable as well. After all, how often do you shop online for a refrigerator, washer, or dryer?

Best Buy’s latest announcement is the elimination of the work-at-home program, a move that, although it surely resulted in more than a few disgruntled employees, was designed to encourage employees to focus on the tasks at hand. While it’s still too early to tell if Joly’s Best Buy plan will be effective, it appears to be moving the company in the right direction. From a strategic perspective these recent moves should be applauded; but the big question now is, will it translate to the bottom line, and regain for Best Buy at least a little of the glory it once enjoyed? Bob Sheehan, Vice President of Research
BSheehan@KeyPointPartners.com
Posted by KeyPoint Partners at 9:26 AM