Retail sales forecasts have long been a standard tool in the industry, and while many unforeseeable factors effect a retailer’s sales year-over-year, in general they’re a useful guide.  The research analysts with whom I’ve been associated over the years have done a pretty good job with such forecasts. Of course, the standard joke has always been that research guys don’t actually forecast sales - they just use a dart board. 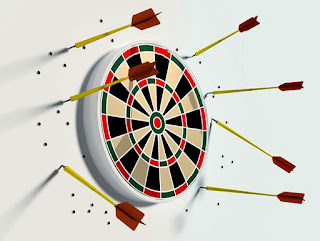 When it comes to forecasting holiday retail sales performance, the dart board image becomes even more appropriate. Merchandise plans are in place and shelves are stocked, but there are many outside influences which retailers can’t control. Predicting retail sales results accurately within an eight-week time frame is not really very productive, and may not even be possible, which makes holiday sales forecast especially problematic. However, industry prognosticators continue to make them, tossing out predictions early in the holiday shopping season that don’t hold up by the end of the season – and missing that dart board’s bull’s eye by a country mile.

Like decorating the house and wrapping presents, holiday sales predictions are just one of the things you come to expect at Christmas time. Every autumn I chuckle at article after article in the news predicting retail sales for the upcoming shopping season.  As early as September, we begin to see the holiday predictions roll out. At the end of last September, for example, Deloitte said it expected a sales increase of 3.5% to 4.0% compared to last year. That same month the International Council of Shopping Centers released its relatively conservative holiday forecast of 3.0%. And on October 2, The National Retail Federation (not surprisingly, on the high side of the forecasts) predicted a gain of 4.1% compared with last year, significantly higher than its 10-year average of 3.5%. Note that these forecasts are all positive, yet all different.

With inflation so low in recent years, predictions have fallen into a pretty tight range, and this year’s estimates were the same. Ms. Consumer had a lot on her plate when it came to planning her holiday shopping budget. With a softening economy, rising gas prices, a presidential election, and a looming fiscal cliff on the negative side, and only a slightly improving housing market and an uptick in consumer confidence on the plus side, there was at the very least considerable uncertainty about shopper demand.

So let’s flash forward a bit, and see how it all turned out: On January 2nd, MasterCard Advisors Spending Pulse reported a “gloomy” sales result of only 0.7% year-over-year compared with 2% last year. On January 5th, Thomson Reuters reported sales 3.3% higher than last year but “only because of big markdowns in the final week.” On January 9th Shopper Trak split the difference, stating a year-over-year change of 2.5%. On January 15 the NRF reported that holiday sales rose 3%, well below their predicted 4.1%. Forecasts made early in the season clearly didn’t hold up by the end of the season. How did we go from projections as high as a 4.1% gain, to results as low as a meager 0.7% gain? And that’s just this year. Next year it could all go the other way. 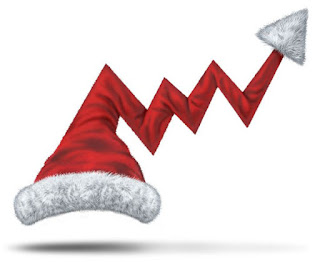 So what happened? Well, I repeat, predicting retail sales results accurately is not productive, and may not even be possible. This is especially true when those forecasts are influenced by Black Friday sales figures. The Black Friday phenomenon has thrown the holiday shopping season, and sales forecasts for the holiday season, way out of whack.

It used to be that Black Friday shopping was a leisurely pastime, a way to make an early dent in one’s holiday shopping, and perhaps take advantage of a promotional sale or two. However, it only takes a retailer or two to change the dynamic, and make everyone else react for fear of losing market share. Today Black Friday (which now apparently includes “Grey Thursday” as well) is billed as a huge socio-economic event unequalled even by the Super Bowl.

Every year, just about the time the turkey has digested, we hear the first reports of sales figures from the Black Friday weekend, with everyone anxiously awaiting those Monday morning results. It’s supposedly an insightful gauge by which to measure the pulse of the holiday shopper and the strength of the holiday retail season. HOGWASH! With gross margins slashed to the hilt and shoppers jockeying for position outside stores, how can Black Friday be a realistic indicator for the entire season?

Typically it’s not whether the numbers were good or bad but how good. But good Black Friday sales figures don’t necessarily mean good things for a retailer’s holiday performance or annual bottom line. With retailers passing up profit to drive traffic to their stores and divert it from others, all those dollars spent in those few days means that retailers have not ensured a strong holiday season (and as is commonly believed, the retail year). They gave away the store in order to get people into the store, and therefore simply cannibalized not only their gross margins, but also the balance of the holiday season. The Monday morning Black Friday result has little to do with the season’s final outcome, which, as we’ve already established, is nearly impossible to predict with any real accuracy. And yet we put ourselves through it every year.

So the next time you see those early holiday sales predictions, or the next time you hear the industry press trumpeting the strength of the dubious Black Friday weekend, just remember that the prognosticators you’re hearing from probably have a dart board – on which the bull’s eye doesn’t get hit all that often.