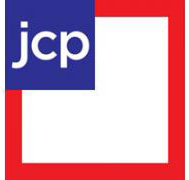 Things don’t seem to be going exactly the way JC Penney CEO Ron Johnson hoped they would a year ago.


You may have noticed the precipitous fall in JC Penney comp store sales which started almost the day the new CEO walked in the door. For the latest quarter ending October 27th, Penney’s comp store sales were down a shocking 26.1%. For the latest nine-month period, comp sales are down 22.3%. During the nine-month period ending October 29, 2011, just days before Johnson was hired, comp stores gained a modest but still positive 1.2%. To be completely honest, in my 30-plus years in the retail industry, I can’t recall any other retailer’s sales even coming close to falling as dramatically in such a short stretch.

JC Penney should be concerned – but what if Johnson should ultimately be proven correct in his strategy for rebooting the perennial retail icon? In that case, JCP’s department store rivals should also be a little concerned.

Let’s look at the history: JC Penney was once a highly promotional department store, running a slew of ads in just about every daily newspaper in the country. There was always something on sale at Penney’s, a strategy not unlike that employed by any number of department store brethren. Penney was a go-to establishment for Middle America, typically attracting an older customer while leaving the younger set to more trendy retailers. Slow and steady seemed to be the corporate mantra, with an apparent unwillingness to step outside the box and compete for a broader base.

Then along came Kohl’s. Kohl’s roots go back to 1962 when it began as a grocery business. During that early decade the Kohl family started their department store division, positioning itself between higher-end department stores and discounters. In 1978, Batus, Inc., a major department store group, acquired the 10-unit Kohl’s Department Store chain and methodically grew it to 40 units by 1986. A management-led group of investors then acquired the chain, which became Kohl’s Corporation. However, it wasn’t until 1992 that Kohl’s entered its heyday, becoming a public company with the necessary capital for an aggressive expansion program. Between 1992 and 1999, Kohl’s more than tripled the size of the company to 259 stores, and became JC Penney’s number one competitor - and its worst nightmare. Kohl’s was able to blend branded merchandise with private label goods while diverting significant numbers of Penney shoppers and attracting a younger customer. That’s why, when Kohl’s wanted to jump into the regional mall fray as part of its expansion strategy, Penney would apply its approval rights when it could and prevent Kohl’s from entering - at least until Kohl’s simply found a pad across the street. Since that time Kohl’s has continued to pound away.

JC Penney was in need of a quick fix, and in walked Allen Questrom, the first outsider hired to run the company in nearly a century. Coming on board in 2000 as the new CEO and regarded as one of the industry’s top merchants, Questrom was the right leader at the right time. Unfortunately, his stay was much too short. Following a turnaround of the company, including the sale of Eckerd Drug, the aging Questrom decided to retire in 2004. In 2011, JC Penney, in need of another visionary, gave Johnson the call.

Although a somewhat intriguing hire having come from Apple, Johnson also had executive experience at Target on his resume, and many believed this was the “outside the box” decision that Penney needed to make. Thus the radical and much-heralded change in pricing strategy and the precipitous sales declines which may have left the Penney board wondering why it ever strayed from its slow and steady approach. Recently, to stop the bleeding, Johnson, without admitting that overhauling its pricing strategy may have come too abruptly, implemented a holiday sales promotion between Black Friday and Christmas Eve whereby coded buttons will be passed to customers indicating whether she has won any of a number of prizes, anything from a trip to Disneyland to JCP gift cards, an idea that is promotional while downplaying the sales promotion feeling. In the words of Johnson, "We believe in acts of generosity."

At this point you may be thinking that Penney’s fate is inevitable. Allen Questrom made a recent statement that he is “shocked” at the drastic changes in pricing strategy and pointed to the unprecedented decline in sales. While he’s not sure about the changes in store layout and the remerchandising effort, he questioned the lack of test-marketing before going full bore with a strategy that may ultimately fail. But don’t count JCP out just yet. Because the reality is, if you’ve had an opportunity to see the significant upgrade to presentation and the introduction of quality brand names and designer labels in Penney stores, you’ve likely come away impressed. And it’s early in the game for the “visionary” CEO; Johnson has stated that it will not be until 2014 that his plan is fully implemented. Could he pull it off and prove the naysayers wrong?

It’s my opinion that the loss in sales thus far is largely a result of previously loyal shoppers jumping ship for Kohl’s, Macy’s, Dillard’s and Target. Sales at these firms have been generally improving this year for which they can probably give thanks, at least in part, to Penney’s – but that thanks may be short-lived if those shoppers begin to migrate back, and Johnson succeeds in drawing in a new, younger department store shopper. While many people think Ron Johnson’s strategy for JC Penney is way off course, its brethren department stores better hope Johnson doesn’t, eventually, have the last laugh.


Bob Sheehan, Vice President of Research
BSheehan@KeyPointPartners.com
Posted by KeyPoint Partners at 9:25 AM