Seasons Greetings. As we approach the end of yet another eventful year, we thought that, as we did last year, we’d review some of the observations, predictions, and pronouncements we’ve made in this publication in 2011. 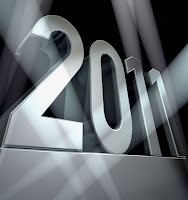 In Closing The Book On Borders? in the January issue, Vice President of Research Bob Sheehan wrote about the potential impact of Borders’ demise: “This week we hear that Borders has hired bankruptcy and restructuring lawyers to figure out its next move. On a local level, according to KeyPoint Partners’GRIID™, Borders currently operates 15 superstores in Eastern Massachusetts, with stores averaging approximately 25,300 square feet. Under a worst case scenario, Borders liquidation would result in approximately 379,000 square feet of vacant space in Eastern Massachusetts, potentially bumping up the vacancy rate in the region from its current level of 8.6% to 8.8%. How bad would that be for the retail real estate industry in this area? Well, using the recent closings of Circuit City and Linens ‘n Things as reasonable gauges of expectations, it’s not so bad. Those two chains operated 38 stores in Eastern Massachusetts, with an average store size of approximately 32,000 square feet. In just about two years, the majority of those units have been absorbed, with only 9 vacant stores remaining. With an improving economy and somewhat smaller prototypes, finding replacement tenants shouldn’t be too daunting a task.”

In Are You Listening? in the February issue, Marketing Manager Chris Cardoni reinforced the importance of listening in personal as well as business relationships: “Of course listening is of the utmost importance in a personal relationship, but its importance in the business world, no matter your business, is absolutely vital. Are you listening, really listening, to your customers, clients, co-workers, constituents... none of us can afford to be complacent; we have to keep listening, because the consequences of not listening can be serious, even dire. Was the government of Egypt listening? Has Blockbuster been “listening” carefully to the business environment? Has Borders?”

In Sears Goofing Up Again? in the March issue, Bob Sheehan pondered the direction of the perennially direction-less Sears: “For more than a decade now, in a series of corporate “goof ups”, Sears has been searching for an ever-so-elusive identity. One could argue that the real value in Sears Holdings lies mainly in the real estate, and secondarily in selected brands such as Kenmore, Lands’ End, Craftsman and Die Hard. In addition to marketing closed-store opportunities, Sears Holdings Corporation Realty is currently marketing surplus space to other retailers in existing Sears stores that are inefficiently oversized. It is also not unreasonable to conjecture that Sears could develop relationships with other competing retailers to sell Sears brands in their locations. Perhaps very soon you’ll buy your Craftsman circular saw or Kenmore washer somewhere other than Sears. But will that scenario, coupled with the sale or sub-lease of Sears space, be enough to reinvigorate the storied Sears name? Time alone will reveal the direction in which D’Ambrosio will steer the company, and tell us whether he’s the real deal, or just another Sears goof-up.”

In Time to Pay More (Tax) Attention? in April, Bob commented on the online sales tax issue: “If I walk to the shopping center down the street and make a purchase, I’ll pay a state sales tax on that purchase, as I’m sure you would, too. But what if I go online and purchase the same item? A 1992 Supreme Court ruling prevents states from collecting sales tax from an online retailer if that retailer has no physical presence in that state. Technically consumers are required to pay the applicable state sales tax, via the honor system, in the form of a “use” tax – which we all do scrupulously, correct? I didn’t think so. Assuming an average 5% sales tax across the nation, total electronic shopping and mail-order house sales of $272 billion would generate tax revenue of $13.6 billion. That’s a great deal of lost revenue – revenue that lawmakers and others are gearing up to claim.”

In With Borders Gone, Who's Next? in the August issue, Bob Sheehan pondered the next big retail bankruptcy: “Right out of the box, we'll tell you that we haven't the foggiest. I suppose we have a number of names that make the Watch List, but no particular retailer stands out. While we continue to see fallout from some furniture operators and other independents, there is no significant chain that jumps out at us regarding a looming bankruptcy.”

In Mixed Signals in November, Bob commented on retailers who were expanding, while others are downsizing: “Most of us would agree that the worst of the retail cycle is behind us. But as we tread wearily through a very sluggish recovery, we are seeing a number of prominent (and some not so prominent) retailers announcing substantial store closings and even liquidations. We’ve observed a number of additional store closing announcements of late, especially in our geographic territory, including the Syms/Filene’s Basement shutdown of 46 store locations. Daddy’s Junky Music, a 39-year old, New England-based chain of 12 units, is another permanent casualty, and so is Priscilla of Boston, the 19-unit, high-end bridal boutique, which operated a store on Newbury Street since 1945. Gap also announced a substantial store reduction of 189 namesake stores, or 21% of its U.S. total, by the end of 2013. A number of weak retailers are holding their collective breaths for holiday season sales results, because a poor performance at the end of this difficult year could lead to substantial closings after the New Year. Stay tuned for our January issue!”

The full versions of these articles can be found at KeyPoint Partners.com. We encourage you to visit, review our KeyPoint Reports on key retail markets, look at our Properties For Lease listings, read the KeyPoint Retail RoundUp, or simply find out more about us and our services. And of course we welcome you to contact us with all your commercial real estate needs. On behalf of all of us at KeyPoint Partners, have a happy holiday season and a peaceful, prosperous New Year.