August Commentary: With Borders Gone, Who's Next? 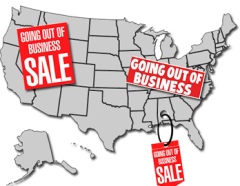 Right out of the box, we'll tell you that we haven't the foggiest. I suppose we have a number of names that make the Watch List, but no particular retailer stands out. While we continue to see fallout from some furniture operators and other independents, there is no significant chain that jumps out at us regarding a looming bankruptcy.


Rite Aid has been a concern, but comp store sales at the pharmacy chain have recently turned positive. Rite Aid has not shown a recent profit, but as it continues to pare unprofitable stores count, chances that the company will hang around for a while continue to improve. The long term outlook, however, may not be so promising.

We continue to see other chains downsizing, particularly those most impacted by E-commerce. Online sales may ultimately play a villainous role in determining from which retail category the next victim may hail. A recent report from ComScore indicated that online US retail spending was up 14% in Q2. We have to go back two years to Q3 2009 to find the last quarter that wasn't a double digit gain, a far cry from retail sales trends overall. In fact, ComScore reported that nearly $1 of every $10 in discretionary spending is done online, although this factoid reflects items such as event tickets and travel.

E-commerce (online) sales as a percent of total non-auto retail are approximately 5.6% but if we add in mail order sales the ratio jumps to 8.9%. E-commerce sales have grown more than sevenfold since the beginning of 2000 when online sales were not much more than a mere nuisance to brick and mortar retailers. To help put it into perspective, during the12-month period through Q1 2011, E-commerce sales were $173.4 billion, the rough equivalent of Target, Best Buy, Macy's, Kohl's, JCPenney, and Staples aggregate total sales.

In its report, ComScore goes on to say that the best performing online categories have been consumer electronics, computer hardware, and computer software with each growing by at least 15% since last year. That doesn't bode well for retailers selling these categories but many have indicated that stores will be downsized appropriately and in some cases remerchandised.

Best Buy, for example, has experienced significant declines in sales of consumer electronics (TVs, cameras, camcorders, etc.) and entertainment (video gaming hardware and software) products. Combined, the company has seen these categories decline from 60% to 51% of total sales since FY 2006 as online sales and digital content take a toll. Although mobile phone and mobile computing sales have offset some of the impact, it certainly hasn't offset the floor space required to sell those products. Consequently, Best Buy has decreased its prototypical size from 45,000 to 36,000 square feet while it continues to grow its Best Buy Mobile division both in-store and geographically. In existing stores, excess space will be subleased.

Staples is another retailer which is in the midst of downsizing. Computers and office machines currently account for only 46% of sales after generating as much as 52% of the revenue as recently as 2006. With 500 leases expiring over the next three years, and on the heels of disappointing sales, Staples going-forward plan is to open smaller stores.

Walmart announced a few months ago that it also was reducing electronics floor space in its stores and reallocating square footage to apparel. Additionally, this retailer is developing smaller concepts such as Walmart Market, prototypically 42,000 square feet, and Walmart Express, which runs about 15,000 square feet. Both divisions will take advantage of urban markets where real estate is at a premium and where it can go head to head with grocery and dollar stores.

Several other retails, including Sears, Office Depot, Target, and LL Bean have announced smaller store plans. Sears will sublease excess space where store productivity warrants it. Office Depot is facing similar obstacles to Staples. Target is moving into urban markets with City Target with stores ranging from 60,000 square feet to100,000 square feet. LL Bean just announced that it will be opening its second 14,000 square foot store in November, much smaller that the 30,000 square foot units it had been opening during the past several years. The company is planning to add 14 stores between now and 2014 and all are expected to be the smaller prototype.

The trend toward smaller stores is clearly a sign of the times. Consumer belt buckles have tightened and online retailing continues to make inroads on brick and mortar space. It's becoming more apparent every day that the retail industry has entered a new era. We all better adapt! 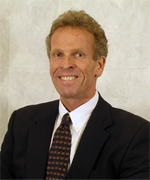 BSheehan@KeyPointPartners.com
Posted by KeyPoint Partners at 9:07 AM No comments:

US comparable-chain-store sales for July rose by 4.6% on a year-over-year basis as measured by ICSC Research's tally of 27 major retail chain stores.  All segments tracked saw the July comparable-store sales pace moderate from a strong June pace. Among merchandise categories, Apparel was particularly weak in July, up 1.4% following a strong 5.5% jump in June. Luxury Retailers, however, continued to outpace the industry with a 8.0% sector gain. Other segments ran as follows: Wholesale Clubs were up 9.9%, Department Stores gained 3.5%, Discounters increased 4.1%, and Drugstores were up 2.5%. Among individual retailers, Gap dropped by 5.0% and Limited gained 6.0%; Costco was up 10.0% and BJs gained 9.2%. Nordstrom and Neiman Marcus gained 6.6% and 7.7% respectively; Target grew by 4.1% and TJX by 4.0%. Macy’s gained 5.0%, Kohls dropped by 4.6%; Walgreens was up 2.7%, and Rite Aid rose 1.7%. See our more extensive list of retail sales results below.
Posted by KeyPoint Partners at 9:02 AM No comments:

Hhgregg is on track to open 24 stores in its fiscal second quarter, for a total of 31 new store openings in the first half of this year…Thrift-store retailer Value Village plans to open 23 new stores in 2011, for a total of 287 across the US, Canada and Australia, and another 25 stores in 2012, pushing the total to more than 300...Several retailers have pledged to open stores in what the Department of Agriculture calls “food deserts”: low-income markets throughout the country where finding nutritious food options can be difficult. Walmart plans to open between 275-300 stores and Supervalu plans to build 250 Save-A-Lot stores by 2016. Walgreens committed to converting or opening at least 1,000 food oasis stores across the country over the next five years... Victorinox Swiss Army will open five stores in 2011, the first of which opened July 1 in White Plains, NY. The company operates 9 international stores...Books-A-Million submitted a bid to purchase inventory, fixtures, equipment, and leasehold interests for 30 Borders locations. Under the proposed bid, Books-A-Million will assume the leases for these locations and continue to operate these stores. The move came as Borders Group began to liquidate its business. Books-A-Million operates US 231 stores. With the liquidation of Borders, Books-A-Million will be the nation’s second-largest book chain, after Barnes & Noble. The majority of its stores are in the Southeast, but the Borders deal would expand its reach in the Northeast. Simon Property Group announced that its Premium Outlets division will expand four of its Premium Outlet properties in California, Florida, Illinois and Washington. Construction on these expansions is scheduled to begin in 2012, and total 450,000 s/f of added space…Starbucks expects to open 100 US units this year, and 200 next year, as well as 600 new locations internationally in 2012, about 25% of which will be in China....Fresh & Easy Neighborhood Market, the US division of Tesco, plans to test a new smaller-format store concept, called Fresh & Easy Express, in San Pedro, CA. Fresh & Easy’s new format will be approximately 4,000 s/f, compared with its typical 10,000 s/f size...Best Buy is expanding its Best Buy Express kiosk business to college campuses and the DisneyLand resort. It has opened 150 Express locations in the last 3 years and will add 100 more in the next year. The self-service kiosks are generally located in airports, train stations, casinos and rest stops...Sports Authority opened six new stores on Aug. 13 in Miami, Los Angeles, Salt Lake City, Chicago and Milwaukee...Self-serve frozen yogurt franchise Menchie's opened its 100th store this month in Houston. The chain has  opened nearly 40 stores already in 2011 and plans to open another 30 before the end of the year, aiming for  250 stores in the next 12 months across the United States and beyond…Gap opened two Athleta stores this month in Manhattan. The openings mark the women’s active wear brand’s entry into the East Coast market, and support Athleta’s plan to open up to 50 stores by 2013...Kohl’s is on track to open an additional 31 stores this year, as well as remodel another 15 stores. The company opened 9 and remodeled 85 stores in the first half of the year...Newk’s Express Café has signed 35 agreements for new locations in 2011. 6 restaurants have opened so far this year and at least 14 more are expected to open soon, bringing the total number of Newk’s locations to 50 by the end of the year.
Posted by KeyPoint Partners at 9:01 AM No comments:

Cheeseboy continued its Boston expansion with the opening of its 4th store, at the Prudential Center Mall. The chain plans to open more locations later this year. Boston-based Cheeseboy serves made-to-order grilled cheese sandwiches, tomato soup and macaroni and cheese, among other offerings. Cheeseboy is owned by Grilled Cheese to Go LLC, which has locations in Boston and Braintree, MA and Milford, CT. Teen retailer The Buckle Inc. will open its first Massachusetts store on the upper level of the at the Natick Mall mall after making its New England debut this month at Providence Place. The company, which operates 425 stores in 21 states, sells mid - to higher-priced clothing, footwear and accessories. The Merrimack (NH) Premium Outlets is under construction off Exit 10 of the F.E. Everett Turnpike. The landscape is cleared, and foundations and frames are in place for most of the seven buildings in the project’s first phase. Developers expect to finish blasting next month, and plan to complete the first phase, to include 100 retail stores, by the middle of next year. Nordstrom will open CT’s first Nordstrom Rack next spring in Farmington at the West Farm Shopping Center. The 35,000 s/f store will open in the space formerly occupied by Linens 'N Things. Nordstrom has 214 stores in 29 states, including 95 Nordstrom Rack stores, 116 Nordstrom full-line stores and a small number of affiliated stores...Arsenal Mall in Watertown welcomes Pretzel Twister, Chipotle, Reebok Factory Store, SE Asian Bistro, and Sprint to its mix of tenants. The new stores are scheduled to open this fall...FOCUS Brands, the franchisor and operator of more than 3,300 ice cream stores, bakeries, restaurants and cafes in 47 states and 42 countries, announced an aggressive plan for growth in the Boston market. Plans call for 30 Carvel and 10 Cinnabon locations over the next 2 years throughout Boston and surrounding markets...Wingstop has signed 36 development agreements that will result in 101 new store openings over the next several years. Wingstop has 485 locations open and 175 restaurants in various stages of development across the United States and Mexico.
Posted by KeyPoint Partners at 8:59 AM No comments: 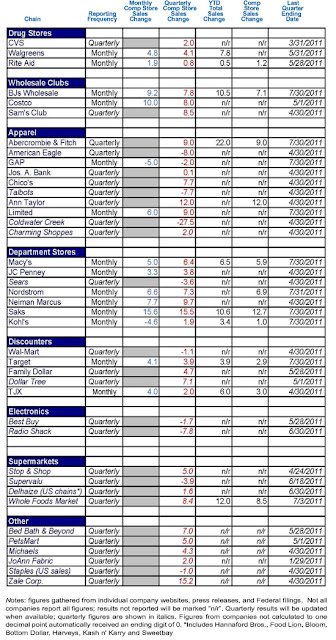 Posted by KeyPoint Partners at 8:57 AM No comments:

Other Financial Indicators for July 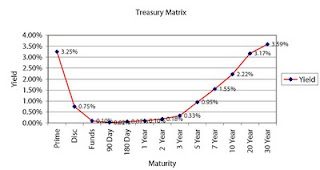 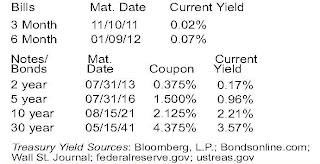 Purchasing Managers Index
Manufacturing continued its growth in July as the PMI registered 50.9 percent, a decrease of 4.4 percentage points when compared to June's reading of 55.3 percent. The PMI registered the lowest reading since July 2009, when it registered 49 percent. A reading above 50 percent indicates that the manufacturing economy is generally expanding; below 50 percent indicates that it is generally contracting.
Source: Institute for Supply Management - Manufacturing Report on Business - www.ism.ws

All material in KeyPoints is provided solely for your private information, and we are not soliciting or recommending any action based upon it. This material is based upon information that we consider to be reliable, but we do not represent that such information is accurate or complete, and it should not be relied upon as such. Opinions expressed herein are our current opinions as of the date appearing on this material only, and are subject to change without notice. Copyright KeyPoint Partners, LLC, 2011.

Posted by KeyPoint Partners at 8:52 AM No comments: