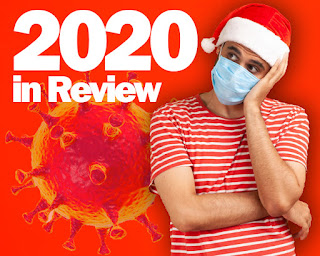 It’s our habit in December to publish a Year in Review, with excerpts from commentaries we’ve published throughout the year, with follow-up comments. But that’s a normal year, and this is 2020, when “normal” took the year off. How do you follow up now on a trend you noted last January? The pandemic upended retail and our reporting on it - not to mention our work situations. For one thing, we’ve switched to an every other month publishing schedule. However, we’ve continued to present insightful commentary. Here then is our Year in Review:

January: Trying to Predict a Brick-and-Mortar 2020 It was a challenging 2019 for brick-and-mortar. You’ve all read about the record-setting store closings: more than 9,300 units closed in 2019, which trumped the previous record of 8,000 in 2017. So what should the retail industry expect as we move into the new calendar year?

February: Malls: Getting Near The Edge? Macy’s announced that it will close 125 stores over the next three years, app. 1/5 of its more than 600 stores. The initial round of 31 closings is expected to take place early this year. Furthermore, a new location strategy was announced which will focus on smaller stores in off-mall environments. If we take a closer look at what all this means to the mall sector in general, we can see that it means a lot.

March: The Last Domino? Life has been tough on all retailers in recent weeks, particularly the distressed ones. First restaurants and bars were ordered to close, then major retailers elected to close, and then entire malls followed suit. The response to COVID-19 threatens to impact retail foot traffic in ways never before experienced – and exacerbate slowing sales trends at brick-and-mortar stores as shoppers continue to shift dollars online.

April: Entering Uncharted Waters Shopping center landlords have done a respectable job filling vacancies in the wake of the Great Recession, in large part with Amazon-proof tenants such as restaurants, cinemas, trampoline parks, bowling, adventure parks, and fitness centers. These efforts were enough for many centers to survive. But now the industry has been plagued with COVID-19, maybe the most impactful watershed moment that retail veterans have experienced in their lifetimes.

May: Easing Back to the Mall: May 11-15 As an area resident, I decided to stop by Pheasant Lane Mall, in Nashua, NH on three different occasions to see if shopper enthusiasm would build after 8 weeks of stay-at-home orders. Stores were in no rush to be the first, and shoppers were in no rush to experience the new normal; at least that’s the way Week 1 looked at New Hampshire malls following the lifting of restrictions at stores. 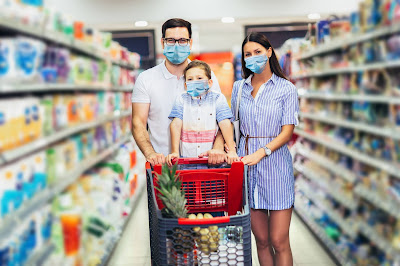 June: A Look Back Bob Sheehan, the primary author of this column for the last 16 years, is moving on. I asked him to think back to some of the trends affecting retail during the last 16 years and share them. As I listened, I couldn’t help but think of a heavyweight boxer from the 1970’s, Chuck Wepner. Mr. Wepner would take punch after punch, earning the nickname The Bayonne Bleeder, but would seemingly recover and fight another round. Like Chuck Wepner, retail has fought on, at times bloodied and a bit bruised. But it’s important to remember that retail is evolutionary.

July/August: Meeting Change With Intuition How do you make real estate decisions - your feel for the market, or are you data driven?  Most investors I’ve spoken with use a combination. Some are guided by “feel” and let the data confirm (or not) what they believe. Others use data to drive them to markets, and use their “feel” to select the best property. We use demographics to assess demand, market studies to assess supply, and leasing comps to gauge revenue potential. But what happens when historical data is no longer applicable?  Such is the case today, and it began in March as the country started shutting down in response to the pandemic.

September/October: A Masked Halloween This is Halloween 2020, when everyone’s wearing a mask, and the only thing more frightening than a face-to-face meeting is a crowd. Across the country many municipalities are canceling traditional trick-or-treating outright, or at least discouraging it. It’s hard to imagine a Haunted House attraction in this environment, and Halloween parties at schools or community centers will look very different, if they happen at all. What does this mean for retail?

All of which brings us to the close of a retail year like no other. Thank goodness that’s over; now let’s all move forward. There are reasons for hope – vaccines are here, for one thing. Thanks more than ever for your readership and support. Stay with us in 2021; we’re certain there’ll be a great deal to talk about!

We wish you Happy Holidays and a peaceful, prosperous, hope-filled New Year!

Posted by KeyPoint Partners at 10:15 AM