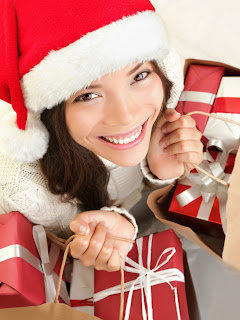 First things first…we are not out of the woods just yet! But there is quite a bit of good news lately regarding retail in general, and brick and mortar in particular.

Let’s start with holiday sales results: By most accounts, the industry just experienced its best Christmas since the end of the Great Depression back in 2010. The National Retail Federation (NRF) reported that November/December sales were 5.5% higher than holiday 2016. Although expectations for a good Christmas were in place, the number, which excludes restaurants, automobile dealers and gasoline stations, finished much higher than anyone had predicted. However, the overall gain certainly benefitted from an online sales gain of 11.5% during the same period. 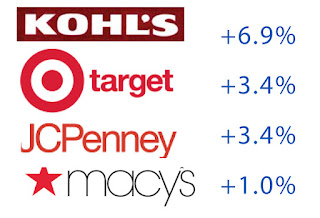 All merchandise categories except Sporting Goods experienced gains during the November/December holiday season, according to the NRF. Top category winners included Building Materials and Supplies, Furniture and Home Furnishings, and Electronics and Appliance stores. Sporting Goods miscued with a 0.5% decline (see table on Page 2).

If any of you thinks this could possibly be a “one and done” holiday shopping season, it’s likely that you’re mistaken. North American retailers expect a 6.2% increase in sales in 2018, according to research from IHL Group, including a 4.8% increase in store sales. The report also found that retailers are increasing the number of stores in 2018 by an average of 5.6%, with planned remodels of stores expected to rise more than 5%. Additionally, IHL Group research indicates that retail industry sales in North America and other global regions will increase an average of 3% annually through 2021, with a greater emphasis on e-commerce/omnichannel sales.

Regarding the future of regional malls, there’s no question that we will continue to see poorly-tenanted properties shutting down, redeveloped, or repurposed. At the same time, the prospect for quality malls, albeit not without possible bumps in the road, is generally healthy. The ability of mall owners to clear the fallout from department store closings and the success rate of backfilling these anchor vacancies will have much to do with determining long-term viability.

But at the same time you can’t deny that the attention given to some quality mall REITs during the back half of 2017 clearly suggests a vote of confidence in the mall retail sector. Examples include an offer accepted by GGP from Unibail-Rodamco; the bid (although unsuccessful thus far) by Brookfield Asset Management for GGP; an increased stake in Taubman by Elliott Management; and a similar stake taken in Macerich by hedge-fund firm Third Point.

Last but not least is the effect the new federal tax plan will have on retail property owners, retailers, and consumers. Regarding real estate owners, the reduced tax rate should allow landlords to reinvest tax savings back into business either in the form of existing property upgrades or new development. Retailers currently are not eligible for the many tax breaks that tech, manufacturing, financial, and energy companies are often able to take advantage of, resulting in their paying a higher effective tax rate than most other industries. Consequently, retailers have much to gain from the new tax plan. Also, consumer tax savings should translate into higher discretionary spending.

At least for the time being, the developments that occurred toward the end of 2017 in the retail real estate world should bode well for a relatively prosperous 2018. That’s not to say it will last -  but for the moment, sit back and smile.

Posted by KeyPoint Partners at 10:15 AM No comments:

US retail sales increased in December. The Commerce Department said retail sales rose 0.4% last month. Excluding automobiles, gasoline, building materials and food services, retail sales increased 0.3%. Data for November was revised to show sales gaining 0.9% instead of the reported 0.8%. Sales at restaurants and bars rose 0.7%, the biggest gain since January. Among retailers reporting monthly sales, L Brands was up 1.0% and Costco was up 11.5%. See sales reports below.
Posted by KeyPoint Partners at 10:06 AM No comments:

Fresh Thyme Farmers Market will open 10 new stores in 2018, along with entering into its 10th state, Pennsylvania. Fresh Thyme plans to hit a 150-store mark by the year 2020…Lazy Dog Restaurant and Bar, a CA-based chain that has menu items for patrons and their dogs, opened its 25th restaurant in Westminster, CO, with plans for a second Colorado location next spring. The chain has a special menu for dogs, which are allowed only on the patio...Icahn Automotive Group LLC purchased 10-store Washington tire dealership Elliott Tire & Auto Service Inc. The stores will be rebranded under the Pep Boys brand…Freddy’s Frozen Custard & Steakburgers has signed a multi-unit franchise agreement in PA, which will bring eight new restaurants to Montgomery County. Freddy’s restaurants serve a total of 31 states...Melt Shop will expand its footprint by opening 18 locations in PA, NJ, and DE in 2018 as a part of its first franchise development deal, part of a plan to grow to 100 locations during the next 5 years. Melt Shop has 8 corporate locations...AAMCO Transmissions plans to open 8 new service center locations with new and existing franchisees across the country. AAMCO has nearly 660 franchised US automotive centers…Camping World Holdings plans to reopen 69 stores it acquired from Gander Mountain under the new Gander Outdoors banner...Kauffman Tire Inc. is selling its 69 retail stores in GA and FL to Mavis Tire Supply Corp. The deal gives Mavis 404 stores…Sprouts Farmers Market will expand to the Charlotte market in April, followed by its first SC location in June. The moves continue chain’s push eastward, while it continues to expand in the West, where most of its 280 stores are located. Later in 2018 the chain plans to open its first stores in PA and MD. Sprouts plans to open 30 stores in 2018... Land’s End will unveil a new store concept in Chicago this year, and plans to open 4 to 6 additional locations. During the next 5 years, the company expects to open between 40 and 60 stand-alone stores. Lands’ End currently has about 180 locations inside Sears Holdings stores….Grocery Outlet plans 25 new stores for Oregon, Washington, Idaho, Nevada, Pennsylvania, and California, including over a dozen new stores in the LA area, a new market for the company. Grocery Outlet currently runs 270 supermarkets in 5 western states plus PA…Dunkin’ Donuts plans to open 9,000 new stores, doubling its total count. Dunkin’ has already begun to pare down its menu at some locations, remodel stores, bring in new equipment, and sell more food in supermarkets and other non-Dunkin’ locations. 18,000 Dunkin’ Donuts stores would put it far ahead of 7-11, which has about 8,300 US stores, and Starbucks, which has nearly 14,000 US stores...Forever 21 opened its 9th new format Riley Rose store in Bridgewater, NJ...HMSHost and Shake Shack Inc. announced a new partnership to open restaurants in airports and motorways across North America. HMSHost opened its first Shake Shack at LAX...Walk-On’s Bistreaux & Bar plans 18 restaurant openings and an additional 18 to commence construction in 2018... Amazon opened its first cashier-less Amazon Go store this month, an 1,800 s/f store located in an Amazon office building in Seattle.

Posted by KeyPoint Partners at 10:05 AM No comments:

Toys “R” Us is reportedly considering closing at least 100 US stores and maybe as many as 200. The company has 881 Toys “R” Us and Babies “R” Us stores in the US, Puerto Rico and Guam as well as 840 international stores…Jack in the Box has agreed to sell its fast-casual brand, Qdoba, to Apollo Global Management for about $305 million. Jack in the Box acquired Qdoba in 2003 when it had only 85 locations in 15 states. Jack in the Box grew Qdoba into a major national brand with more than 700 restaurants in 47 states…Einstein Noah Group announced it would close 30 Bruegger’s Bagels bakeries throughout the country, a few months after Caribou Coffee Co., also part of the Einstein Noah Group, bought Bruegger’s. After the closures, there are 240 Bruegger’s Bagel locations...Walmart closed 63 Sam’s Club stores across the country, including one  in Worcester, the last in MA, and one in Seabrook, NH. Following the closures, the company will operate 597 clubs…Women’s apparel retailer A’gaci, which operates 76 stores, has  filed for Chapter 11 bankruptcy protection, and plans to close 49 stores...Kiko USA filed for Chapter 11 bankruptcy. The makeup retailer wants to close 24 of its 29 US locations.
Posted by KeyPoint Partners at 10:04 AM No comments:

Allston institution The Sunset Grill & Tap and its upstairs pool hall, Patron’s, have closed for good, six months after the restaurants’ parent company, Sunset Partners Inc., filed for Chapter 11 bankruptcy...Documents filed this month with the Boston Planning and Development Agency provide a view of what’s planned for the proposed Winthrop Square tower development:  500 residential units; 750,000 s/f of office space; 21,000 s/f of publicly accessible meeting space; 21,000 s/f of restaurant/retail space; 115,000 s/f of affordable housing; two green roof spaces; and capacity for 550 vehicles in 5 levels of underground parking...Middlesex Marketplace in Burlington, MA, a 38,243 s/f center has been sold  to a private real estate fund advised by Crow Holdings Capital Partners-Real Estate. Middlesex Marketplace features Del Frisco’s Grille...Tapeo will close this month after more than two decades serving tapas and vino on Newbury Street the Back Bay. The Solea Restaurant Group, which is behind Tapeo, has since expanded with Solea in Waltham, and Kika Tapas Bar in Kendall Square. Both of those restaurants will remain open...After 50 years in Newton Centre, family-owned high end men’s clothier Mr. Sid will open a second location in the Seaport District...Crunch Fitness franchisee, Fitness Holdings LLC, has acquired Boost Fitness. The acquisition increases the number of Crunch MA locations five-fold, from 2 to 10 in the Boston area... Dunkin Donuts opened its first “next generation” concept store its original home city of Quincy, MA. The 2,200 s/f prototype showcases a variety of experimental features: two drive-through lanes, one for traditional orders and one for mobile pre-orders through an online app; digital menu boards; upfront glass bakery case. The company plans to install digital ordering kiosks inside the store later this year...Wegmans plans to open its new two-floor, 146,500 s/f supermarket in the former JCPenney space at Natick Mall in April...Burlington Stores will open a new 45,000 s/f  store at 133 Middlesex Ave. Somerville, near Assembly Row. Burlington has 632 US stores.
Posted by KeyPoint Partners at 10:03 AM No comments:

Sears Holdings plans to shutter 103 additional stores in between early March and April 2018, consisting of 64 Kmart stores and 39 Sears locations. This is in addition to the previously announced 63 Sears/Kmart locations scheduled to close at the end of this month. The new round of closures will leave the retailer with 875 locations, down from 3,510 six years ago…Macy’s will shutter 7 additional locations it had not previously identified for closure. The moves are part of a plan announced in August 2016 to close 100 stores. Altogether, the company has now revealed 81 of the 100 locations...Boscov’s department store will open its second New England location this year at the Connecticut Post Mall in Milford, CT, its 47th location across its 7 states.
Posted by KeyPoint Partners at 10:02 AM No comments:

Posted by KeyPoint Partners at 10:00 AM No comments: 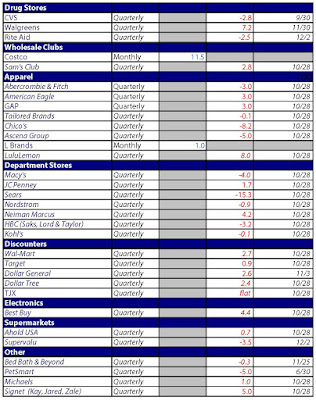 Notes: figures gathered from individual company websites, press releases, and Federal filings.  Not all companies report all figures; results not reported will be marked “n/r”. Quarterly results will be updated when available; quarterly figures are shown in italics. Figures from companies not calculated to one decimal point automatically received an ending digit of 0.
Posted by KeyPoint Partners at 9:59 AM No comments:

Source: U.S. Department of Commerce - commerce.gov
Posted by KeyPoint Partners at 9:58 AM No comments: 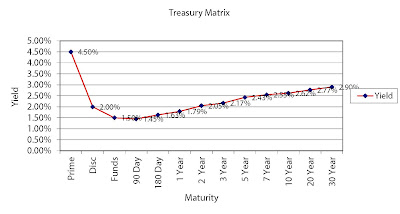 Treasury Yield Sources:  federalreserve.gov; ustreas.gov
Posted by KeyPoint Partners at 9:57 AM No comments:

The Conference Board Consumer Confidence Index® decreased in December, following a modest improvement in November. The Index now stands at 122.1 (1985=100), down from 128.6 in November. The Present Situation Index increased from 154.9 to 156.6, while the Expectations Index declined from 111.0 last month to 99.1 this month.

Source: The Conference Board - www.conference-board.org
Posted by KeyPoint Partners at 9:56 AM No comments:

Source: Institute for Supply Management - Manufacturing Report on Business - www.ism.ws
Posted by KeyPoint Partners at 9:55 AM No comments: