It’s More than the Weather! 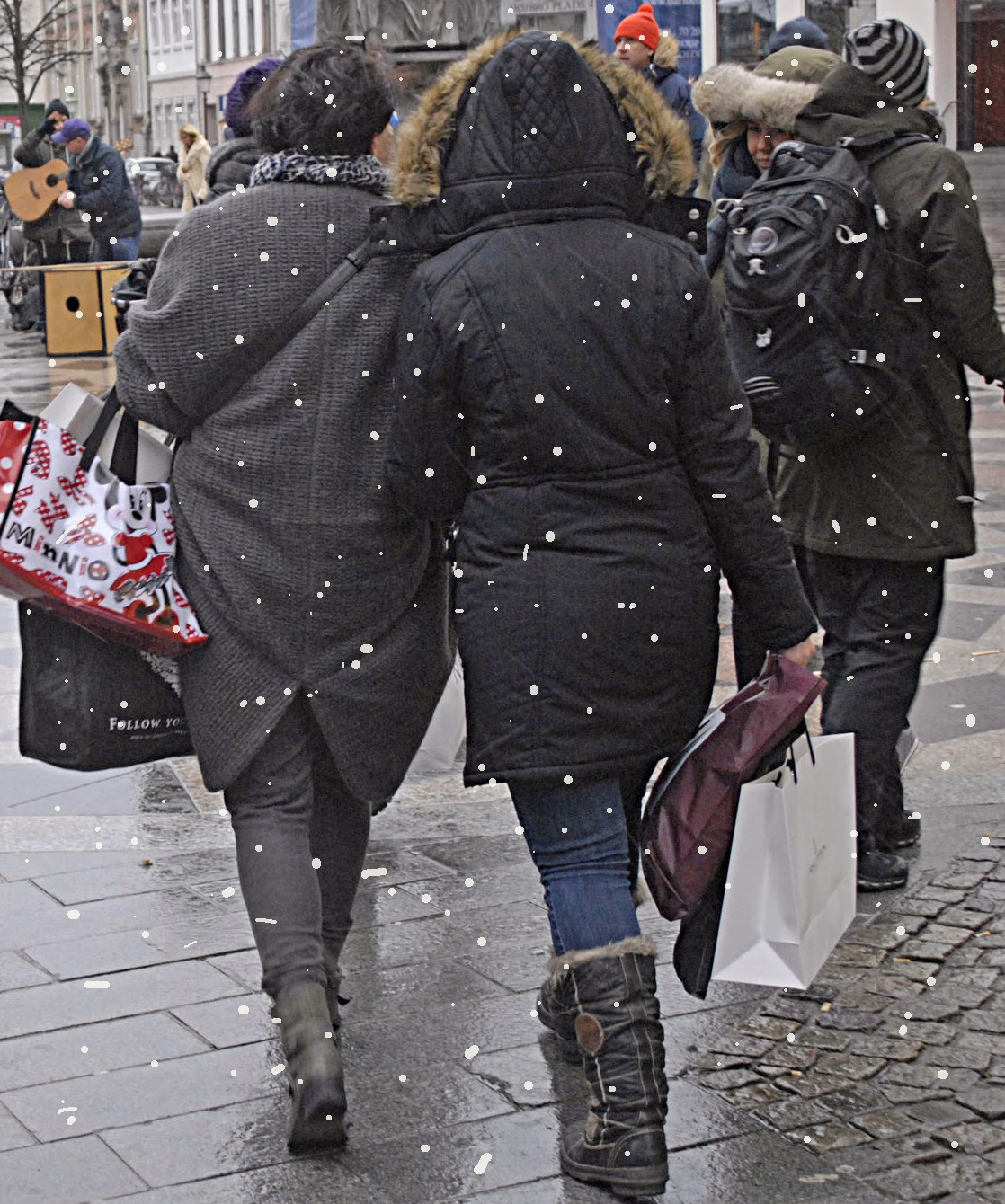 Watching Q4 retail sales roll in this year was less than impressive, to say the least, and January wasn’t any better. “It’s the weather”, everyone says [see our top story in National News below]. Of course, living in New England this winter has been a tough row to hoe, and Mother Nature has been even tougher on other regions of the country that are unaccustomed to seeing so much of the white stuff. There’s no question that bad weather affects shopping frequency, which in turn impacts retail sales.

While there were a few retailers which were relatively pleased with their 4th quarter performance - Costco reported better than expected sales, as did Macy’s – many more weren’t. Retailers of all stripes came in under their budgets including Pier 1, L Brands, and Family Dollar. Gap was another retailer that showed no sales increase from last year. And these results don’t include the “discount war” in which retailers such as Neiman Marcus slashed prices by as much as 75% in an effort to clear merchandise before Christmas, something unheard of in better years. But this isn’t the first harsh winter we’ve been through - so why are we experiencing such sluggish sales growth?  It’s got to be more than the weather. One answer may lie in the job market.

The labor force plays a critical role in determining retail sales trends, so it seemed appropriate to look at GAFO - General, Apparel, Furniture, and Other - sales change during the past ten years compared to unemployment rates (if you’re not familiar with GAFO categories, think of it as just about any item that is not food, auto, building materials, or drug related.)  As illustrated in the table below, GAFO sales took it on the chin in 2008 and 2009, the only two years when sales declined. After bottoming out, 2010-2012 annual sales increased at an accelerated rate, gaining 2.6, 3.9, and 4.4%, respectively. However, in 2013, GAFO sales growth slowed to a modest 1.7%, besting only the two down years of 2008 and 2009.

Last year, while the US experienced another drop in the unemployment rate from 8.1% to 7.4%, GAFO sales gained only 1.7%. Discounting the two negative years of 08-09, it was the worst sales performance of the past decade. After a head scratch or two, a closer look at labor market statistics suggested that unemployment rates fail to tell the whole story.

In a recent report by the National Bureau of Economic Research, Henry Farber, a noted Princeton economics professor, stated that “it is clear that the dynamics of unemployment in the Great Recession are fundamentally different from unemployment dynamics in earlier recessions." The report goes on to say that the average duration of unemployment during this recent downturn was 35 weeks, compared to 20 weeks in previous recessions. The mounting pressure felt during the job search may have been the cause of the reemployed accepting jobs at which they earned 17.5% less than in their previous jobs. Among those who lost full-time jobs, it was 21.8% less. It’s reasonable to infer that the significant drop in wages significantly altered shopping habits as well.

The conclusion is that the next time you hear about bad weather adversely impacting retail sales, it doesn’t hurt to be a little skeptical. People are digging out from a lot more than just snow these days.

January comparable-store sales posted a year-over-year gain of 3.3% based on the ICSC’s preliminary tally of 11 retail chains. The ICSC blames adverse weather during this typically low-volume period, and quotes Weather Trends International as noting that several bouts of snow “brought a 146% increase in snow accumulation versus the same period last year.”  L Brands (Limited) was up 2.0%, Gap was up 1.0%, Rite Aid was up 1.8%, Walgreen’s rose 1.6%, and Costco gained 5.0%. See our sales report on below...Approximately 1.1 million debit and credit cards used at Neiman Marcus stores may have been compromised in a similar breach to the recent one at Target. Social Security numbers and birth dates were not stolen and customers who shopped online were not affected. Neiman Marcus credit cards were also not affected...CVS will stop selling cigarettes and other tobacco products at its more than 7,600 US stores by October, the first national pharmacy chain to do so. CVS estimates it will lose around $2 billion in annual revenues from tobacco sales and sales of other products to tobacco customers.
Posted by KeyPoint Partners at 6:56 AM No comments:

Dunkin Donuts plans to add 5,000 stores west of the Mississippi and double its overall US presence. The company added 371 stores last year, and is expecting as many as 410 this year. Dunkin' signed agreements with 5 franchise groups to develop 22 new restaurants in the Greater Baltimore/Washington, DC area over the next several years. ..Mississippi’s first Whole Foods Market will open this month, a 34,000 s/f store at Highland Village in Jackson...Jordan Brand plans to build stores that will exclusively sell the Nike brand's apparel and footwear. The first store is in New York City near Madison Square Garden. Jordan Brand is working in partnership with the retailer Footaction on the concept, known as Flight 23...Pizza Hut has debuted new concept stores in York, Nebraska, and Rhode Island. The new concepts include digital menu boards, deck ovens and an open seating environment...Corner Bakery Café 2013 signed 12 new franchise agreements for more than 120 new locations, raising the total to more than 300 cafes under development as the company moves to double its US footprint in the next 3 years. Currently, Corner Bakery has more than 160 company-owned and franchised locations in 18 states...Private-equity firm Apollo Global Management LLC has agreed to buy CEC Entertainment Inc., parent of Chuck E. Cheese’s, in a deal worth about $1.3 billion. CEC owns and franchises 577 Chuck. E. Cheese locations in 47 states and 10 other countries...Target plans to open its smallest store this year, a 20,000 s/f store in Minneapolis which will carry health, beauty, grocery, home decor and portable electronics...Bruegger’s Bagels opened a new prototype bakery St. Paul, MN. The 2,200 s/f  bakery has an open kitchen, contemporary interior, and community table and bar seating replace traditional booths and tables. The chain has just over 300 US cafes...Quaker Steak & Lube ended 2013 with 8 new openings across 6 states. The company is projecting 11 openings in 2014 with 2 scheduled for the first quarter. The company has more than 60 locations across 19 states and Canada...Saks Fifth Avenue is planning to double the number of Saks Off 5th outlet stores it operates from the current 71, including 20 stores in Canada...Whole Foods will acquire 5 former Dominick's stores in the Chicago area from Safeway. Safeway discontinued its Dominick's operation in December and sold 21 of its 72 stores before the Whole Foods sale...Natural Grocers by Vitamin Cottage, Inc. plans to open 15 stores in fiscal year 2014  and remodel 2 existing stores...Wingstop, which opened its 600th store in 2013, has development agreements in place for 500 new stores, mainly in Washington, D.C., Maryland, and Virginia...Nordstrom will open a 35,000 s/f Nordstrom Rack in Newark, DE in fall 2015, the company’s first location in the state...Hobby Lobby will open 70 US stores and enter the states of Vermont and Oregon in 2014, for a total of 625 locations nationwide...British retailer Topshop/Topman will open a 40,000 s/f flagship store on Fifth Avenue in New York in fall 2014. Topshop will open with four additional US stores by 2015.
Posted by KeyPoint Partners at 6:54 AM No comments:

Sears Holdings has signed a sublease with Dick's Sporting Goods to occupy part of its second floor at the King of Prussia Mall in King of Prussia, PA, with Sears maintaining exterior entrances on both levels and the mall entrance on level one.  Dick’s will have exclusive use of the mall entrance on level two and its own exterior entrances. The Sears store, on a long-term ground lease with Simon Property Group, currently occupies 215,000 s/f  on two levels. Sears will close its flagship store in Chicago’s Loop in April. Kmart will close two Philadelphia locations in late April...Abercrombie & Fitch will close its Gilly Hicks women's underwear stores. The chain was launched in 2008, but by last fall, A&F had opened only 20 US Gilly Hicks stores and eight in the U.K. The Gilly Hicks clothing line will continue to be sold through A&F’s Hollister stores and direct-to-consumer channels...J.C. Penney Co. plans to shut 33 underperforming stores and cut 2,000 jobs. The struggling retailer has about 1,100 stores...Wal-Mart is eliminating about 2,300 Sam’s Club positions, the largest job reductions at Sam’s Club since 2010...Nordstrom will close stores in Portland, OR. and Vancouver Mall, Vancouver, WA by January 2015...RadioShack will close about 500 stores within months as part of its ongoing restructuring. The retailer has about 4,500 locations...7-Eleven Inc. has put 72 of its gasoline and/or convenience stores up for sale including locations in Texas, South Carolina, Pennsylvania, Ohio, Michigan, Indiana, West Virginia, Florida, and Utah.
Posted by KeyPoint Partners at 6:52 AM No comments:

The Ginger Man, has its second lease in as many years for a 6,000-s/f location in South Boston’s Fort Point neighborhood. The Boston Licensing Board will consider the company’s request for a liquor license transfer and 2 a.m. closing...Berkshire Hills Bancorp, parent of Berkshire Bank, closed its $14 million acquisition of 20 branches from Bank of America. With the buy, Berkshire now has 91 branches throughout New England and New York...The Newbury Collection, which runs along nearly the length of Boston’s Newbury Street, has signed leases with new tenants including blow-dry bar Drybar, Shake Shake, 3D printing company MakerBot, and Claire’s jewelry and accessories. Newbury Collection is made up of 28 mixed-use properties that encompass nearly 130,000 square feet of retail, restaurant, office and residential space. Existing tenants include Alex & Ani, Forty Seven, the Blues Jean Bar, and No Rest for Bridge...Tavern in the Square opened last month at South Station. The opening is part of a station upgrade which includes a Starbucks, the return of Barbara’s Books, a rest room renovation, and a two-level CVS slated for an April opening...L.K. Bennett and Furla, fashion retailers new to Boston, will open this year at Copley Place...CBRE Global Investors bought the 57,265 s/f Porter Square Galleria retail center from KS Partners for $35.55 million. The property is 100% leased with a two-level Walgreens, Anna’s Taqueria, Potbelly Sandwich Shop and Rock’N Fitness...Amherst's Antonio's Pizza  plans to open a branch in Boston, as well as locations in Lowell and Worcester. Antonio’s is known for unusual toppings combinations...Mike’s Pastry, the well-known Italian bakery in Boston’s North End, will open a second cafe in an 1,000 s/f space at 11 Dunster St. in Harvard Square this spring...Crush Pizza has opened on State Street in Boston's Financial District. The Boston Crush is the second; the first is in Nashua, NH...Several New Hampshire Meat House stores have apparently closed. At some locations, customers found signs on the doors explaining that the stores were closed for renovations. The Meat House operates six stores in the Granite State and has other locations and franchises in 10 states. Franchised stores across the country are still operating...Academy Realty LLC has sold a retail strip at 792 Beacon St. in Newton Center to Prower LLC for $6.9 million. The building’s tenants include Citibank and Miniluxe salon.
Posted by KeyPoint Partners at 6:51 AM No comments: 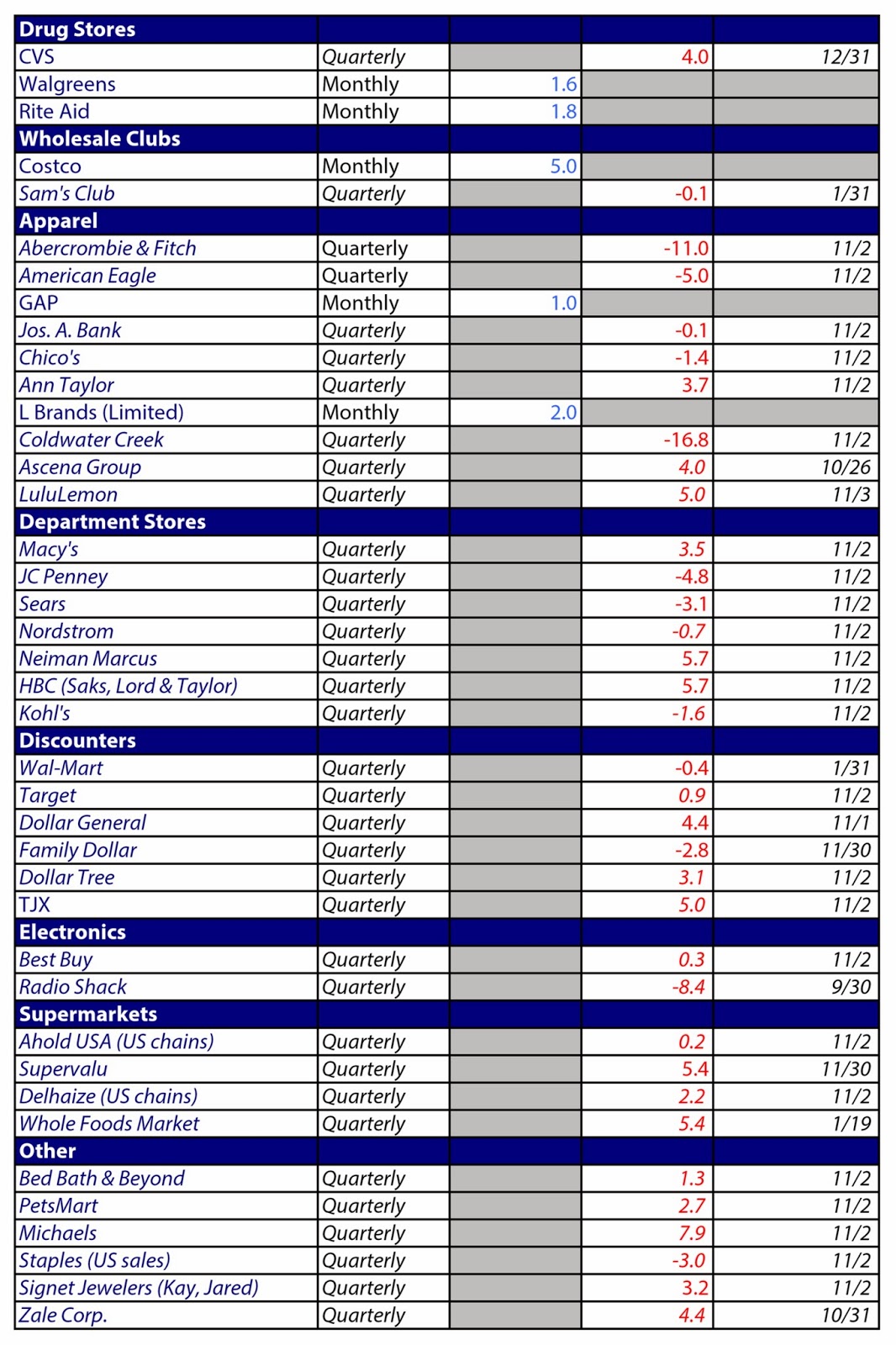 Notes: figures gathered from individual company websites, press releases, and Federal filings.  Not all companies report all figures; results not reported will be marked “n/r”. Quarterly results will be updated when available; quarterly figures are shown in italics. Figures from companies not calculated to one decimal point automatically received an ending digit of 0.
Posted by KeyPoint Partners at 6:47 AM No comments:

The Commerce Department said retail sales fell 0.4% in January, led by a drop in automobile sales. Sales in December were revised to show a 0.1% fall instead of the previously reported 0.2 % rise. The declines likely reflected frigid temperatures across many parts of the country.

Source: U.S. Department of Commerce - commerce.gov
Posted by KeyPoint Partners at 6:46 AM No comments: 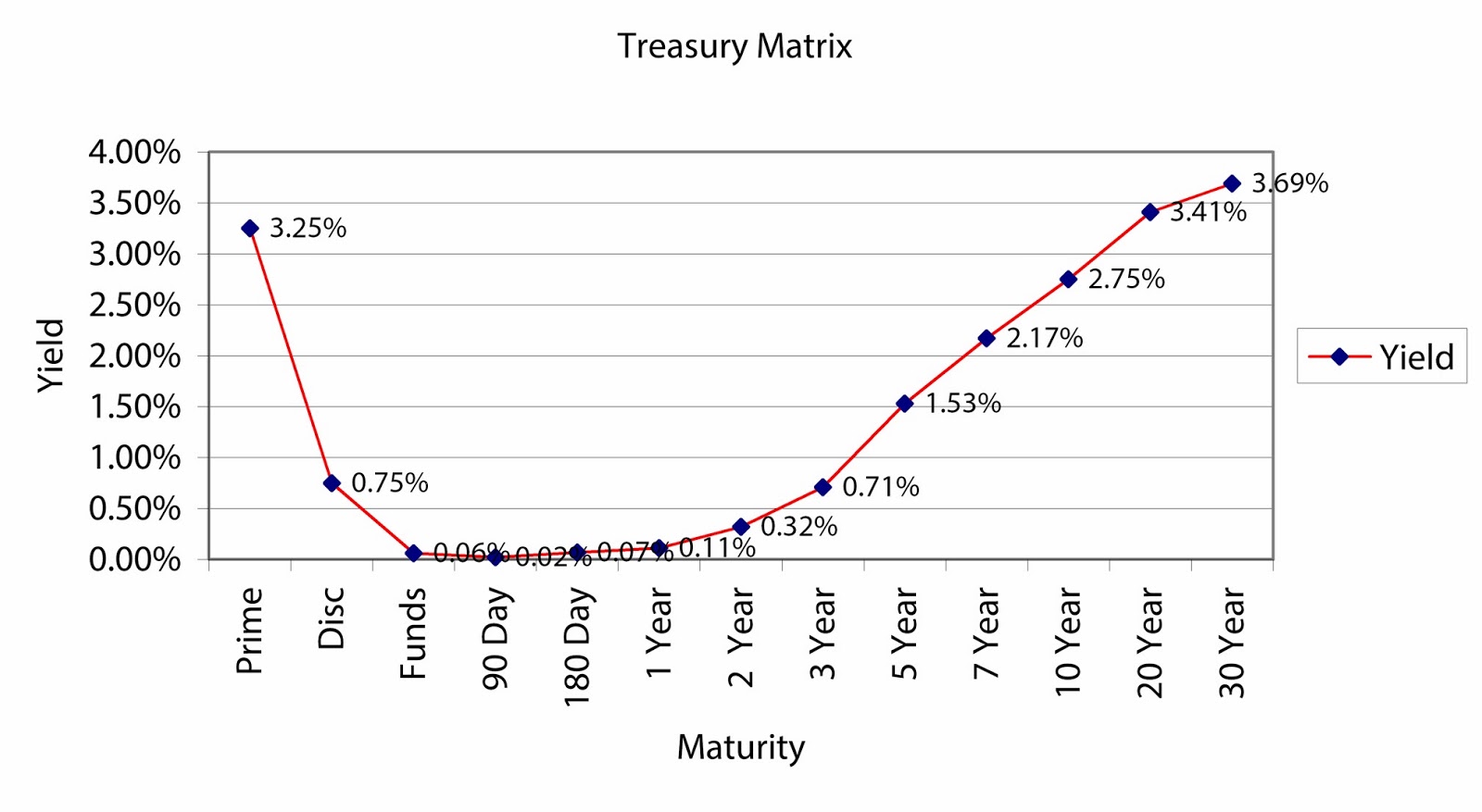 Treasury Yield Sources:  federalreserve.gov; ustreas.gov
Posted by KeyPoint Partners at 6:45 AM No comments:

Source: The Conference Board - www.conference-board.org
Posted by KeyPoint Partners at 6:43 AM No comments:

Source: Institute for Supply Management - Manufacturing Report on Business - www.ism.ws
Posted by KeyPoint Partners at 6:42 AM No comments: