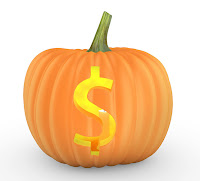 It’s back! It’s bigger than ever! And it’s coming for your retail dollars!

It’s Halloween, the juggernaut holiday that’s been growing like an atomic-radiated insect in a fifties horror movie. The growth of this formerly second-tier holiday is apparently unstoppable, as is the spending on costumes, masks, decorations, pumpkins, parties, pranks, and as we say in marketing, much, much more! In my own home, the level of decoration has reached an all-time high, and apparently isn’t over yet (a Halloween tree? Really?).

We’re also finding new ways to celebrate Halloween. One newly-established practice I’ve just learned about is called Trunk-or-Treat, in which people park their cars side by side, decorate their open trunks, and give out candy to costumed kids going “trunk to trunk”. The decorations can be surprisingly elaborate, and some venues offer prizes for the best-decorated trunk. It’s become popular at churches and schools, and some shopping centers (a center we manage near Pittsburgh is hosting just such an event; check it out at mtnebopointe.com). It’s a whole new Halloween.

Of course, from a retail real estate perspective, ‘tis the season for temporary stores, a very welcome late-year gift to many landlords that keeps on giving from late August through New Year’s Day. Spirit Halloween alone has over 1,000 locations open across the country right now, ready to rake in shopper dollars on spooky celebration stuff.

Speaking of which, as we do every year at this time (well, most years), let’s look at a few numbers from our friends at the National Retail Federation (who seem to particularly enjoy Halloween) and their 2012 Halloween consumer spending survey conducted by BIGinsight): 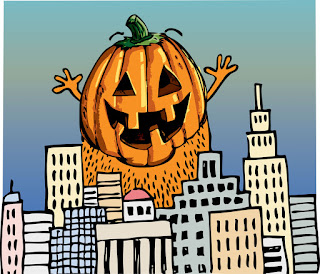 A record 170 million people, or 7 in 10 Americans (71.5%) plan to celebrate Halloween this year, up from 68.6% last year - the most in the NRF’s 10-year survey history (side note: Canadians, always more modest then we, plan to spend an average of $75 on Halloween, according to the Retail Council of Canada)

The average person will spend $79.82 on decorations, costumes and candy, up from $72.31 last year, with total Halloween spending expected to reach $8 billion (note: in the very first Halloween piece I wrote for this publication, in October 2003, Halloween sales were projected at $7 billion)

Of people celebrating Halloween this year, more than half (51.4%) will decorate their home or yard, up from 49.5% last year

More than one-third (36.2%) will throw or attend a party and 33.2% will take children trick-or-treating

Despite record spending figures, 25.9% of US consumers say the economy will impact their Halloween plans - most say they will spend less overall (83.5%), while others will make a costume instead of buying one (18.0%), and over one-third (36.1%) will buy less candy (note: Kathy Grannis of the National Retail Federation notes that "People overall are feeling a little bit better about their finances", adding that that the rise in Halloween spending mirrors other positive signs of consumer behavior)

It’s important to note, however, that despite those positive comments, the NRF expects Holiday retail sales to be flat or increase only marginally (still, they’re projected at $586 billion).

And what are the popular costumes and/or masks this year? Well, it is an election year, which is a prospect that’s much more frightening to many people than any Halloween horror story. Naturally Mitt Romney and Barack Obama masks are big hits, but there’s one costume that’s really taking off in popularity due to the election, or more specifically due to the first presidential debate, and even more specifically, the Republican candidate’s remarks about proposed cuts to federal spending for PBS: in response to his new status as an endangered avian species, Big Bird costumes are flying off the shelves of party and Halloween stores nationwide.

Finally, in a bit of positive local economic news, a summer dry spell followed by rains has resulted in a bumper crop of pumpkins for Massachusetts growers. Happy Halloween!

US chain store comp retail sales for September rose by a modest 0.9% year-over-year as measured by the ICSC's tally of 22 major retail chains. However, this was due largely to the poor performance of the Drugstore category, notably Walgreens, which fell by 11.1%. Excluding drugstores, the ICSC tally showed a gain of 3.9%. in september. Among merchandise categories, Wholesale Clubs led with a gain of 6.0%. Apparel followed with an 5.0% gain (likely buoyed by back-to-school sales) followed by Luxury Stores with a rise of 4.4% and Discount Stores with a rise of 3.3%. Department Stores were up 1.1%. Drug Stores dropped 8.6%. Among individual retailers, Gap gained 6.0%, and Limited rose 5.0%; Costco was up 6.0%. Nordstrom was up 4.4%; Target grew by 2.1% and TJX by 6.0%. Macy’s gained 2.5%, and Kohl’s fell by 2.7%; Rite Aid was down 0.7%.
Posted by KeyPoint Partners at 2:38 PM No comments:

Macy’s, Inc. and Toys“R”Us, Inc. signed an agreement to offer Toys“R”Us Express-branded departments in 24 Macy’s stores nationwide during this year’s holiday selling season. The departments, which will operate on a leased basis, will average 1,500 s/f, and will be open for a period of about 3 months…Starbucks Coffee Co. plans to add 1,000 stores in the US during the next five years. Also, Starbucks announced that customers will be able to use Square Wallet to pay with their mobile phones at US Starbucks stores beginning in November. The chain will enable digital tipping at its US company-operated stores through both the Square and Starbucks mobile payment applications in the summer of 2013…Disney has joined other brands in setting up shop in J.C. Penney Co., with Disney children’s boutiques opening in Penney stores next fall. The in-store boutiques will feature products designed and sourced exclusively for J.C. Penney. The shops will average 750 to 1,100 s/f and sell costumes, plush toys, figurines, footwear, sleepwear, underwear, backpacks, lunch totes and apparel for boys, girls and babies…Kohl’s Department Stores announced the grand opening of 12 stores in 10 states. The company now operates 1,146 stores in 49 states. Of the 12 new locations, 11 are small format stores with approximately 64,000 s/f or less of retail space. 9 of the new stores were built according to a prototype that received Leadership in Energy and Environmental Design (LEED) certification at the Gold level from the US Green Building Council…Macy's Inc. announced that Finish Line Inc. will be the department store retailer’s exclusive athletic footwear partner, opening in-store shops in more than 450 Macy’s stores nationwide. The merchandise will also be available online at macys.com…Uniqlo opened its largest mall store in the world, in Westfield Garden State Plaza, Paramus, NJ. The two-level, 43,000 s/f store will serve as the prototype for the Japanese retailer¹s US mall expansion. The new Uniqlo joins the company’s 4 other US locations...Target Corp. opened a new retail concept, C9 Active Apparel, in San Francisco. The 3,000 s/f store is devoted to the C9 by Champion activewear brand, which was launched by Target in 2004…Wal-Mart will accelerate small-store growth to compete with dollar stores and drug stores, and plans to have 500 Neighborhood Market stores and 12 Express stores by fiscal 2016.  Wal-Mart currently operates 217 Neighborhood Markets and 10 Express stores…7-Eleven Inc. announced two acquisitions that will further expand its US store portfolio.The company has closed deals with EZ Energy USA Inc. to purchase 67 retail locations in the Cleveland and Pittsburgh markets, and with its licensee, Handee Marts Inc., to acquire 58 7-Eleven convenience stores in those same markets as well as locations in northern West Virginia and western Maryland.
Posted by KeyPoint Partners at 2:37 PM No comments:

Beer Works will open its sixth location in the former Bugaboo Creek restaurant at 345 Cochituate Road in Framingham…Orange Leaf, the Oklahoma-based frozen yogurt chain, opened a store at 130 Water St. in Exeter NH. A second NH Orange Leaf will open at Hampton Beach in May, with another set for Portsmouth soon after…Jerry Remy’s Sports Bar & Grill opened a 6,200 s/f restaurant at Commonwealth Landing in Fall River, its first location outside Boston….Troubled pizza chain Upper Crust filed this month with the US Bankruptcy Court in Massachusetts. The Chapter 11 filing, which seeks protection from creditors while Upper Crust reorganizes, came several days after the company shuttered its Waltham location. Upper Crust’s remaining 16 locations will maintain normal operations during bankruptcy proceedings...Cambridge's North Point development is on track to enter a new stage of construction with a plan for more open space along Monsignor O'Brien Highway and a central retail square. North Point developer HYM will build taller, thinner buildings, separated by more green space in a revised plan for the massive real estate project. The 45-acre North Point development originally received a 20-year building permit in 2003, allowing for the eventual construction of over 5 million square feet of mixed-use space. The original plan called for nine acres of open space, but now the developer plans to increase that figure to 11 acres…Construction will soon begin for a new 57-acre shopping center located off Route 11 in Rochester, NH. Grossman Development Group has begun site work for the 330,000 s/f Granite Ridge Marketplace, which will consist of a mix of anchor retail, junior anchor retail, small stores, restaurants and entertainment…The Grand Union supermarket in downtown Nantucket will soon shut its doors.Winthrop Management LP, owner of the property at 9 Salem St.,says the company will not renew its lease, which expires at the end of this year. The closing will likely leave Stop & Shop the only grocery provider on the upscale resort island…Workers are putting the final touches on a Marshalls store on Brookline Avenue near Fenway Park in Boston. The two-level discount store in the former Boston Billiard Club space will also have an entrance on Van Ness Street…Foodie’s Market plans to open on West Broadway in South Boston soon. Built at the site of the American Nut & Chocolate Co., the new 8,500 s/f store will feature a mix of traditional and gourmet groceries, along with a large prepared-foods section and an old-fashioned butcher shop...Sports Authority has scheduled grand re-opening festivities for two of Massachusetts stores that have been closed for remodeling. The Sports Authority at Liberty Tree Mall in Danvers has been relocated to a slightly smaller, but more visible space in the chain’s new format, which features Nike and Under Armour mini shops as well as a simplified layout, brighter lighting, and bold colors, the Colorado-based chain said. The chain has similar plans for the Braintree store. Sports Authority has 13 stores in Massachusetts and 470 stores nationwide.
Posted by KeyPoint Partners at 2:34 PM No comments: 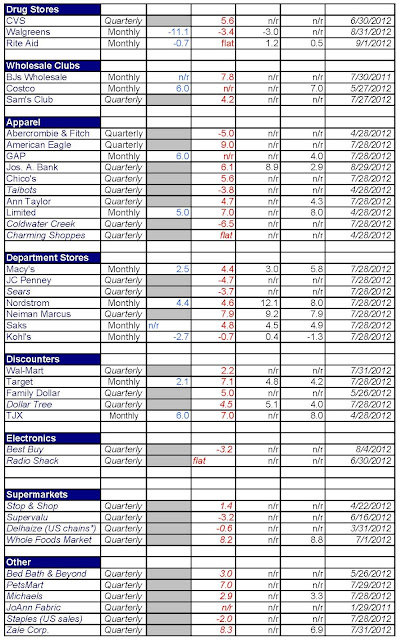 Posted by KeyPoint Partners at 2:32 PM No comments: 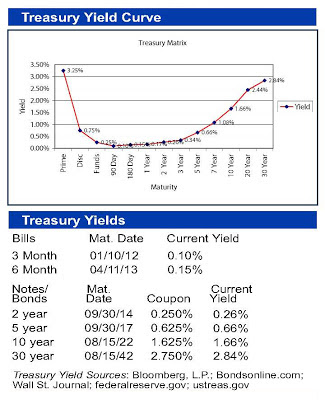 Posted by KeyPoint Partners at 2:23 PM No comments:

Source: The Conference Board - www.conference-board.org
Posted by KeyPoint Partners at 2:19 PM No comments: